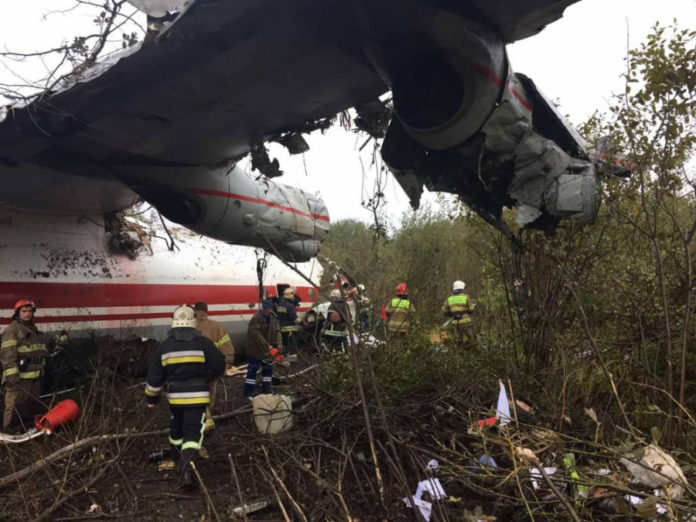 At least three people have died after an Antonov AN-12 crashed on approach to Lviv airport, according to the State Emergency Service of Ukraine (SES).

The AN-12, registration UR-CAH and operated by Ukraine Air Alliance was carrying cargo from Vigo Airport in Spain, having left at 22.30 on 3 October with eight people on board.

The SES says it received reports that the AN-12 had disappeared from radars at 07.10 this morning (Friday 4 October) about 13.7 kilometres from Lviv-Danylo Halytskyi International Airport.

Of the eight people on board, seven were crew and one was a passenger, with three crew being removed and handed over to medics by 10.00.

The SES reports that the cargo was being unloaded by 09.30, about the time the second crew member was freed.

This is a breaking story, amendments and updates are likely to happen throughout the day.