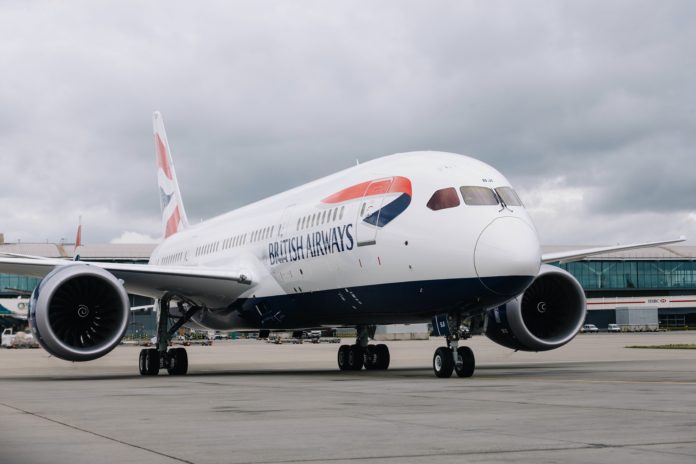 British Airways, LanzaJet and Nova Pangaea Technologies have signed an agreement that will accelerate their ground-breaking Project Speedbird initiative to develop cost-effective sustainable aviation fuel (SAF) for commercial use in the UK. As part of the agreement, British Airways’ parent company IAG, is investing in the project to support the next phase of development work that will help decarbonise the aviation industry.

Project Speedbird was initially launched by the three companies in 2021 and was granted nearly £500,000 by the Department for Transport’s (DfT) Green Fuels, Green Skies competition to fund an initial feasibility study for the early-stage development of the project. This work is now complete and so the next stage of development can begin. Once in operation, it would be the UK’s first SAF facility utilising agricultural and wood waste taken from sustainable sources.

Project Speedbird has now applied for the DfT’s Advanced Fuels Fund grant for additional funding, which will be key to the project’s continued development whilst the DfT seeks to roll out its recently announced Jet Zero strategy that includes implementing a SAF mandate to come into force in 2025, which will require at least 10% of UK jet fuel to be SAF by 2030.

Project Speedbird would transform agricultural and wood waste taken from sustainable sources into 102 million litres of SAF per year. Construction could begin as early as 2023 and the facility, which is planned to be built in North East England, is expected to be producing SAF by 2026. British Airways intends to offtake all SAF produced through Project Speedbird to help power some of its flights. The SAF produced would reduce CO2 emissions, on a net lifecycle basis, by 230,000 tonnes a year. This is the equivalent emissions of approximately 26,000 British Airways domestic flights.* Overall, Project Speedbird has the potential to reduce CO2 emissions by up to 770,000 tonnes a year** as the combined processes also produce renewable diesel and a material called biochar – a carbon-rich charcoal-like material left over after the agricultural and wood wastes have been processed. Biochar is a natural carbon removal method.

The SAF will be developed using a combination of leading-edge technologies based on Nova Pangaea’s REFNOVA process of converting agricultural and wood waste into bioethanol and biochar. LanzaJet’s proprietary and patented alcohol-to-jet (ATJ) technology, the first of its kind in the world, then converts the bioethanol to produce SAF and renewable diesel.

Project Speedbird would provide significant skilled employment with the generation of hundreds of jobs and supply chain opportunities in the North East of England and help spread the benefits of investment in green technologies across the UK. It would also bolster the UK’s energy security as the facility would boost domestic production.

“This project will deliver the first end-to-end, sustainable value chain from agricultural and wood waste to SAF in the UK. It will undoubtedly play a very important role in the growing momentum towards decarbonising our aviation sector. The support from British Airways is a vote of huge confidence in our technology and will accelerate its commercialisation. In July, the UK Government announced its Jet Zero strategy signalling a SAF mandate of 10% of all UK flights to run on SAF by 2030. This agreement is another significant step towards meeting this mandate in the UK. Our aim is to help the UK become a global leader in the end-to-end SAF market, with consequent benefits to employment and business activity,” Sarah Ellerby, CEO at Nova Pangaea Technologies, said.

“Project Speedbird is another great step towards our mission to reach net zero carbon emissions by 2050 or sooner and achieve our target of using SAF for 10% of our fuel by 2030. SAF is in high demand but in short supply across the globe and so it is essential that we scale up its production as quickly as possible. With further investment and continued government support, Speedbird will be a key and pioneering project in the production of SAF here in the UK. The biochar carbon removal opportunities are another important aspect of this impressive innovative project that can contribute to our net zero action. We are delighted to be a part of this important project, illustrating how we’re putting sustainability at the heart of our business with our BA Better World sustainability programme,” Carrie Harris, Director of Sustainability at British Airways, said.

“The U.K. is a critical market in the decarbonization of the aviation industry, and this partnership brings together the full value chain from agricultural and wood waste to finished Sustainable Aviation Fuel and use by British Airways. As the U.K. sits at an inflection point in its quest to decarbonize, Project Speedbird represents historical significance with an eye toward the future. This is about impact – on the economy, on energy security, and on climate. We appreciate the DfT’s support as we scale-up, continue to improve capital and process efficiency, and enable production and use of SAF at a time when immediate action is needed,” Jimmy Samartzis, CEO at LanzaJet, said.