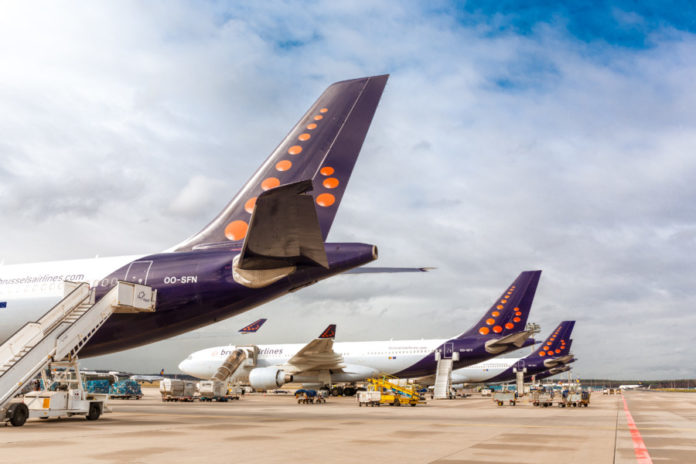 Africa is a key region for Brussels Airlines Cargo and a major growth market for the belly carrier, writes Justin Burns.

The airline operates a fleet of six Airbus A330s daily to Africa offering an average capacity per flight of 10 tonnes to Africa and 12 tonnes out. It serves 17 sub-Saharan Africa routes in 77 weekly frequencies.

Vice president of global cargo, Alban Francois (pictured below) estimates it will end 2017 with 15,000 tonnes to Africa, an increase of nearly 25 per cent year-on-year (YOY).

Francois says: “This is the result – mainly – of the implementation in 2016 of our new commercial strategy and implementation of improved capacity management allowing us to increase the transported freight on every single flight by 1,000 kg in average, while at the same time reducing drastically the number of offloads thanks to an optimised capacity forecast.” 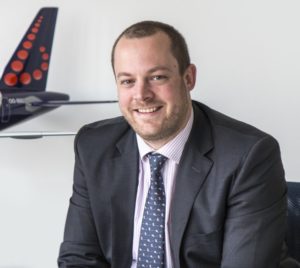 He notes the importance of a trade lane in term of volumes depends generally on the number of frequencies operated weekly and the export market at destination.

The strongest lanes for the carrier are Cameroon, Democratic Republic of Congo, Ivory Coast, Senegal and Uganda – destinations served daily, or six times a week.

Volumes are up YOY by 25 per cent with rises in all commodities, but it is seeing the biggest growth in special products where it has invested heavily in over the last few years.

Brussels Airlines Cargo has seen a nearly 35 per cent increase in pharmaceuticals and from Africa, the volumes are increasing by nearly 15 per cent YOY and perishables are growing nearly 25 per cent.

Francois adds it has nearly doubled volumes of sensitive freight such as valuable (VAL) and dangerous goods (DGR).

He says the market out of African destinations (West, Central and East Africa) remains quite stable with nearly 80 per cent consisting of perishables and it sees an overall trend of increased export of VAL and DGR, but overall no big evolutions outbound.

He notes inbound, there is a strong growth of freight from Asia Pacific (+30 per cent YOY) and when analysing the commodities of goods, e-commerce is also emerging in sub-Saharan Africa – mainly driven by the rise of new payment methods in Africa (mainly mobile) and Internet penetration.

Francois says: “I believe this is only the start of the e-commerce era and that also people in Africa will, once solutions are implemented to safeguard the ‘last-mile logistics’ (through a grid of fulfillment centres, or using geo-localisation of the mobile phone) and for customs clearance, purchase more goods through the Internet than in physical stores.

“This is the reason why Brussels Airlines is looking into solutions allowing same-day connection and dispatching of small parcels from flights inbound Asia towards our different African flights through our Brussels hub.”

Africa is a vital region for its growth strategy along with connections to the US, Asia and Europe, which are key for expansion of services into Africa. He notes this is one of the reasons it started a route to Mumbai earlier this year.

Next year will bring new opportunities with the arrival of seven A333s to replace A330s, meaning a capacity increase of nearly 50 per cent.

Francois adds: “On a longer term and to assure our competitive positioning in Africa, we are looking into consolidating our current network by offering more direct flights (and thus more cargo capacity per station) and increase frequencies. Finally, we are also looking into opening new routes.”

Francois says the export and import volumes are more or less the same but  expects a bit more in the south direction this year.

However, he says this does not mean the volumes per destination are in balance as on the southbound the cargo load factor’s are high and stable across all routes.

In three origins, Francois says export volumes are very limited (nearly nil) and the carrier is working with local growers and authorities to help them set up export flows as this is crucial for local economies.

Francois notes there are challenges and opportunities: “The political instability in some countries and lack of appropriate and/or sustainable infrastructure (especially when focusing on commodities requiring dedicated handling) makes it even more interesting to operate in Africa as it forces us to be agile.

“According to me, e-commerce will be a game changer for Africa. Outbound-wise it’s bringing local grower in contact with importers in Europe what is necessary to allow certain countries to start exports.”