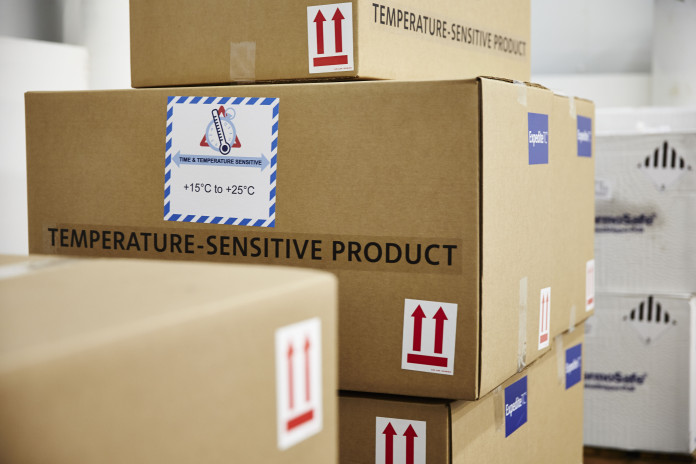 Brussels Airport has developed the an ‘airside pharma transporter’ which it says is an innovative refrigerated transporter specially for the transport of temperature-sensitive products between storehouses and aircraft on the tarmac.

The airside pharma transporter is a trailer on which an insulated cool box is installed, which allows the temperature and location of the refrigerated transporter to be monitored in real time.

This helps to control the temperature of pharmaceutical shipments as the products may no longer usable if there have been temperature fluctuations.

Brussels Airport Company chief executive officer, Arnaud Feist says: “The pharmaceutical sector is very important in our country. As an airport, we want to be an innovative partner when it comes to guaranteeing the cold chain for their products.

“Transport between storehouse and the aircraft is not without risk. With the “airside pharma transporter”, we now have a unique and above all reliable solution that is also environmentally-friendly and is 4 times less expensive than existing transport equipment with refrigeration that is suitable for use on the tarmac.”

The transporter was developed as part of the Flanders Farma Hub project in collaboration with all partners of BRUcargo, the dedicated cargo area of Brussels Airport, and in conjunction with all the major pharmaceutical producers with manufacturing or distribution centres in Belgium. On 4 December transporters were put into service at BRUcargo.

The Flanders Farma Hub project sets out to bring together both pharmaceutical and logistics players to work on solutions to concrete problems regarding the transport of pharmaceuticals, and so stimulate improvements and innovations.

The airport says that is why the Province of Flemish Brabant also threw its weight behind the project and co-financed it.

BRUcargo is to launch an independent organisation called Belgium Air Cargo in February next year, which will work to improve the logistics and cargo operations linked to Brussels Airport.