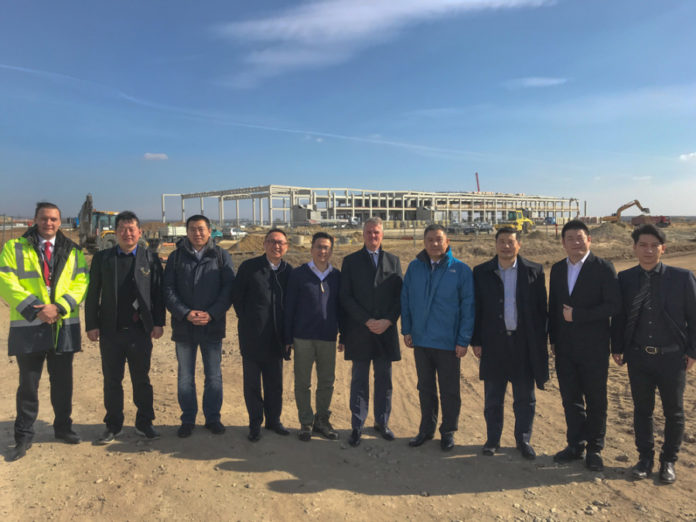 Budapest Airport has hosted a Chinese logistics and investment delegation for a forum focusing on cooperation and e-commerce, as another link to China will open this summer.

Shanghai Airlines, in partnership with China Eastern Airlines will launch thrice-weekly services between Budapest and Shanghai’s Pudong airport on 7 June.

The Budapest cargo team welcomed representatives from the Shanghai Cross-border E-commerce Association, and Invest Shanghai among others, to a day-long workshop and tour of the facilities, organised by the Hungarian Investment Promotion Agency and the Consulate General of Hungary.

Szilard Bolla, consul general of Hungary, Shanghai says: “I see a great business demand for the cargo capacity of this newly established flight we have been working on for a long time, and I believe there is a strong potential for Budapest to become a regional logistics hub for Chinese enterprises.”

Li Jiupeng, CEO of Eastern Air Logistics and chairman of the board of China Cargo Airlines and chairman of the Shanghai Cross-border E-commerce Association says: “We warmly welcome Budapest as our newest online destination within Europe. We are confident that this will be a valuable addition to our network, which will act as the major air cargo linkage between Shanghai and Hungary.”

Delegates visited Budapest’s cargo facilities, including the site of a dedicated air cargo facility that is set for completion in the fourth quarter this year.

Rene Droese, director for property and cargo at Budapest Airport says: “We see more and more interest among Hungarian export-oriented sectors like the automotive, pharmaceutical, and electronics industries in the development of air cargo in Hungary and it is our mission to support this drive with further developments.”