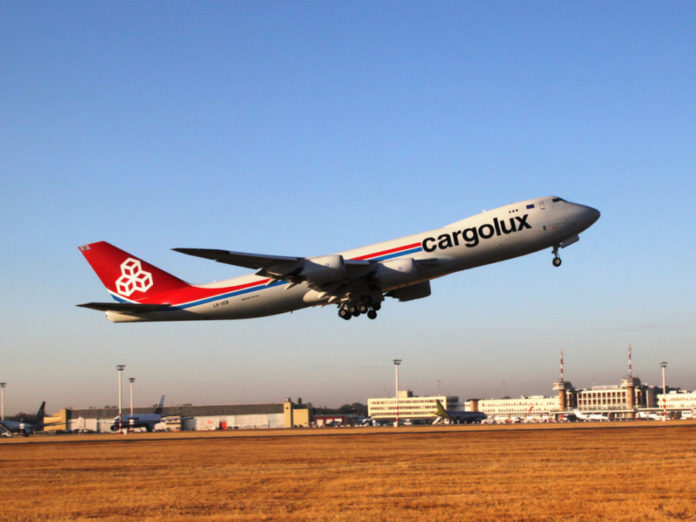 Having experienced a number of years of strong growth at Budapest Airport, new developments such as the Cargo City should mean the good times will continue.

The airport’s executive director of property and cargo Rene Droese and cargo manager Jozsef Kossuth spoke to Air Cargo Week at the TIACA Air Cargo Forum in Toronto where they talked about the airport’s recent growth and plans for the future.

Droese said that in 2018, Budapest is likely to handle around 150,000 tonnes, representing growth of 15 per cent compared to 2017 and marking the third year in a row of double digit growth.

He said: “This is being driven by three different streams, the integrators have had fantastic business growth, we have new freighters coming to Budapest as well as belly capacity.”

Droese is predicting this will continue in 2019, saying partners are do not want to stop and are considering adding even more capacity.

Integrators are Budapest’s biggest customer, with aircraft laden with small packages arriving every morning to satisfy ever-growing demand from consumers wanting their goods and wanting it now.

Kossuth adds: “Hungary Post has an exchange facility. It is always full and it is mostly e-commerce coming as normal postal shipments from China through companies such as Alibaba.”

Admitting to having bought goods from one online supplier over another due to 24 hour delivery, Droese says consumer demands provides challenges for the cargo community.

He said: “It’s a mix of things to do, the airport needs to provide proper infrastructure, the handling company needs to make sure it has sufficient staff and equipment available 24/7 if aircraft arrive during the night and airlines need to arrive punctually.”

Kossuth also emphasised B2B logistics is very important, saying: “There are hundreds of big brands in our region who are importing and exporting lots of cargo, it is booming. Bosch has 10 units in Hungary and BMW have announced a new factory. We are happy to say all segments are growing.”

The growth is being helped by air cargo partners including Cargolux, which has been flying to the airport for 16 years, as well as Qatar Airways Cargo and Turkish Cargo. Silk Way West Airlines and AirBridgeCargo Airlines have both started services to Budapest this year.

All under one roof

The partners are happy with the service they are receiving at Budapest but Droese says the airport needs to upgrade and expand facilities.

He says: “This is why we have started the construction of Cargo City, where cargo will be under one roof. Cargo operations are across the airport in various warehouses. This is not the best solution.”

Ground was broken at the Cargo City in September with construction expected to take 12 months and once the facility is open next September, the cargo business will be under one roof.

Droese says: “This will be more efficient for handling companies, faster and offer considerable cost savings.”

Budapest also has forwarding companies surrounding the airport because appropriate premises were not available, but this is changing. Droese says the airport is in a position to sign lease agreements with forwarders, having welcomed Kuehne + Nagel, Ekol Logistics, cargo-partner and Yusen Logistics.

He says: “We have signed lease agreements for one building as part of the Cargo City project but further forwarding companies will come as well because we have realised that since the start of construction of the Cargo City that plenty of players are knocking on our door and asking for business opportunities and space in the Cargo City or on the airport.”

Droese says this shows there was demand for cargo services at the airport, so infrastructure will be provided, with much “smoother” cargo operations.

No need to drive across Europe

This will be of benefit to companies within trucking distance of Budapest. There are number of prominent shippers, blue-chip companies coming from abroad to invest in central and Eastern Europe and setting up production.

Droese says: “They truck their cargo to different airports, which are congested like Amsterdam, Frankfurt or Vienna but these airports are facing problems. This can benefit us as we are not congested.”

Kossuth adds: “It would take a day [to drive to somewhere like Amsterdam], you need two drivers in the truck. It is costly and time consuming, added to the CO2 emissions the long distance trucking is bad for the environment. The roads are getting worse because of congestion, sometimes there are border controls within the EU. This pushes cargo to online solutions like direct flights.”

Droese and Kossuth are confident about the long term outlook for Budapest Airport. Droese says: “It was a long way to reach a point where we can say we have finally started construction of Cargo City. This was a project that was desperately awaited for many years among the cargo community in Budapest, Hungary and neighbouring countries.”

It involved a lot of hard work but Droese says: “With the new facility we believe we can stabilise cargo operations, we can further improve the quality of service to our customers and our partners. We can gain more volumes with more capacity and more efficient operations, which can convince more airlines to serve Budapest in the future.”

Droese is not expecting the double-digit growth to continue forever. The airport is forecasting long-term growth of four to five per cent per year, which Droese believes is achievable if the Hungarian continues to perform as it has done in recent years.

Ensuring the airport continues to grow in a sustainable manner will require constant attention from the cargo team by talking to shippers, forwarders, airlines and other industry stakeholders.

Kossuth says: “One reason cargo has a bright future is that cargo has a strategic importance to our airport. It has been declared by our management that cargo is importance for our business as passenger operations.”

Budapest is not constrained by slot restrictions or night curfews. Kossuth says the airport has space for cargo to grow, adding: “Our management doesn’t have to make decisions about whether to favour passenger or cargo operations. We can have both.”

Droese says: “This flexible and liberal aviation regime in Hungary allows us to gain more business.”

Political support is also essential, with Kossuth commenting: “We are in close cooperation with the Hungarian government. Direct flights are very important to support trade between countries. If we have ideas for flights to countries where there is potential, the government jumps in to support us with traffic rights and political talks.”

Both Droese and Kossuth are very optimistic about the future of Budapest Airport, with Kossuth saying: “The volumes are there and growing, connectivity is coming due to more airlines with freighters and belly capacity. We now have the facilities and the hardware. We are acting like a host, bringing together market players to find the best solutions.”