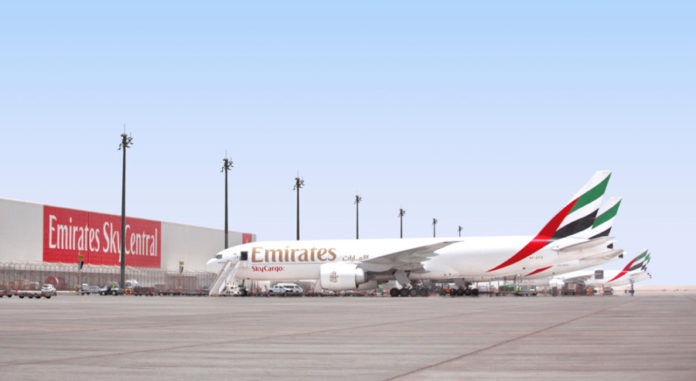 Emirates SkyCargo has had a busy summer, moving over 150,000 tonnes of perishables and 27,000 tonnes of pharmaceuticals through Dubai between April and mid-August.

Infrastructure at Emirates SkyCentral DXB and DWC have been upgraded with extensive cool chain facilities and dedicated storage space for pharmaceutical cargo.

The terminals have a combined capacity of over two million tonnes per annum, and see close to 5,000 shipments per day including during the summer season.

Since 2017, pharma volumes have increased 7% during the summer months and 14% overall, with over 190,000 kilos travelling through Dubai every day.

Every day, around 1,100 tonnes of food and other perishables move through Dubai, an increase of 6,000 tonnes compared to 2017.

Food includes Italian Parmigiano Reggiano and Buffalo Mozzarella from Rome and Naples, Vignola cherries and kiwi fruit from Bologna and Modena, strawberries, fish and clam from the Venice area.

In 2018, close to 3,000 tonnes of Italian perishables were flown to the Middle East, Australia, New Zealand and other East Asian destinations.

India is another important point of origin, with Emirates moving around 4,000 tonnes of fruit, vegetables and other perishables including mangoes, guavas and okra.

The carrier has a fleet of over 40 Cool Dollies for pharma and 17 for perishables to ensure produce is not exposed to temperature changes when being loaded or unloaded or transported to and from the terminal.