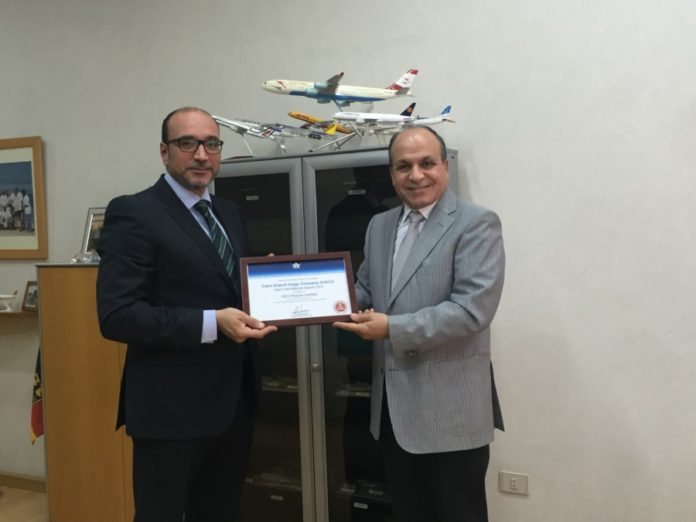 Since inauguration of ‘Cairo Cargo City’ in December 2016, CACC has reached a market share of more than 30 per cent of the airport’s tonnage, versus a 19 per cent share in 2016.

He notes it is a series of state-of-the-art cargo terminals representing a “new era of advanced logistics operations in the Egyptian logistics market”.

Ibrahim explains on the export side, perishables to the European Union (EU) have been increasing while most of the Egyptian imported electronics are from Asia along with pharmaceuticals and garments from the EU.

CACC is privately owned and its newly inaugurated temperature-controlled terminal is the first in Africa and second in the Middle East to be awarded CEIV Pharma certificate.

Ibrahim says the objective is to add to the roster and it is looking forward to being able to attract US carriers back to Cairo by promoting the “high security measures” implemented at its cargo terminals.

There are a wealth of challenges and opportunities: “As CACC operates the most advanced temp-controlled terminals at the airport, it has been reached out by customers to come up with a solution for the broken cold chain caused during the transportation of temp-sensitive cargo from aircraft to our temp-controlled terminals and vice versa, especially during the summer season,” he says.

Ibrahim adds: “CACC has started designing various versions of cooling units ‘cool dollies’ to secure a stable temperature range for such consignments, so it would not be affected before arriving to our terminal or after dispatch.”

The security situation in Egypt over the last few years has impacted air cargo into and out of Cairo.

He explains: “The tonnage has been significantly affected since The TSA and TC have tightened regulations on airborne imports from Egypt (the Egyptian textiles/garments industry has been negatively affected). Also there has been a negative impact on tonnage caused by the Russian ban on flights.”

Ibrahim is positive about the future and says the growth strategy of CACC is to expand its business beyond Cairo International’s borders.