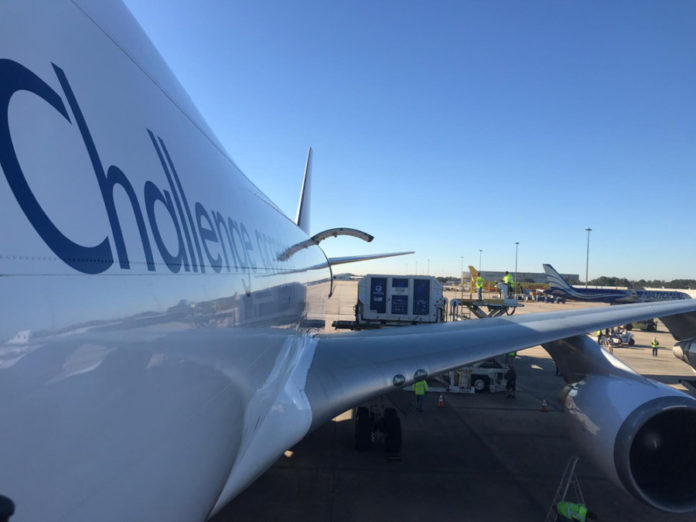 CAL Cargo Airlines has transported the first Israeli spacecraft, the SpaceIL from Tel Aviv to Orlando, Florida on a Boeing 747-400ERF.

The CAL DG, CAL BIG and CAL AEROSPACE products and procedures were implemented prior to and throughout the entire operation.

SpaceIL says: “The lunar landing will culminate eight years of intensive collaboration between SpaceIL and IAI, and will make Israel the fourth country after the U.S., China and Russia to reach the moon.

“The spacecraft will be launched as a secondary payload on a SpaceX Falcon 9 rocket from Cape Canaveral, Florida, and its journey to the moon will last about two months, ending on its expected landing date. The Israeli lunar spacecraft will be the smallest to land on the moon, weighing only 1,322 pounds, or 600 kilograms.”