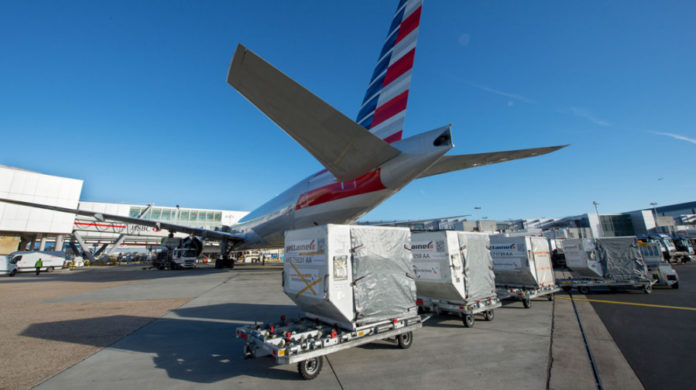 Cargo at Heathrow Airport has grown for the 22nd consecutive month, passing the 144,000 tonne mark in May.

The fastest growing long-haul cargo markets were Brazil, increasing 33 per cent, followed by Japan up 28 per cent.

On Tuesday 5 June the UK’s transport secretary, Chris Grayling announced that the government supported a third runway at Heathrow Airport and the House of Commons would vote on the plans in the coming weeks.

Heathrow Airport chief executive officer, John Holland-Kaye says: “We have a robust plan to expand Britain’s hub airport, unlocking billions in growth and creating tens of thousands of new skilled jobs – from Plymouth to Perth and Swansea to Southend.

“With strong cross-party support and a united voice from business and unions – MPs must finally seize the opportunity to expand Heathrow and secure a prosperous future for all of Britain.”

The airport has also welcomed new direct flights to China, with services to Wuhan and Sanya operated by China Southern Airlines.

The connection to Sanya is a first for Europe and the routes will increase cargo capacity by 6,000 tonnes a year.