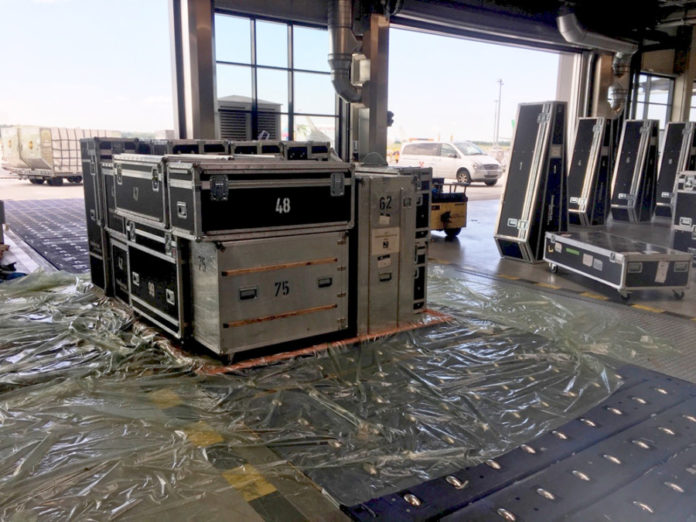 cargo-partner has transported all the instruments for an internationally renowned symphonic orchestra from Austria for their tour of Japan.

The logistics provider was approached by a concert tour organiser to manage the shipment from Austria to Japan, having successfully collaborating on a number of projects before.

The shipment comprised of the orchestra’s instruments and special equipment, which weighed 7.7 tonnes and had a volume of 46 cubic metres.

Airfreight specialists used five PMC containers and one AKE to bring goods to their destination, with the shipment consisting of 63 packing units of various shapes and sizes containing shock and pressure sensitive high value instruments.

Once the tour dates were set, cargo-partner worked out several transport options with the customer choosing PRIORITY airfreight from Vienna Airport to Osaka Kansai.

cargo-partner’s staff in Vienna took care of packaging the instruments, handling and screening the shipment and obtaining Carnet ATA clearance to act as a passport for the orchestra’s tools.

After cargo-partner handed over the transport to local agents specified by the tour organiser, the symphonic orchestra performed almost daily over 17 days in various Japanese cities including Osaka, Nagoya and Tokyo.

To add to the challenge, return transportation had to be prepared before the final concert tour route was fully decided.

Despite multiple changes in the schedule, cargo-partner was able to plan ahead and secure the necessary cargo space with several airlines in advance.

When the final schedule for the concerts was set, the flight back had to be organised as quickly as possible because the instruments were urgently needed two days later in Vienna for other commitments.

After the final concert in Sapporo, the instruments were transported back to Vienna on a direct flight from Sapporo New Chitose, including comprehensive support after the shipment’s arrival in Vienna.