Miami International Airport (MIA) handled 2.2 million tonnes of goods shipped in 2014, a rise of about 55,000 tonnes more than 2013 and its third consecutive year of growth, and a reason for further infrastructure development.

In 2014, Miami handled 70 per cent of all US perishable air imports, according to the airport, with volumes up seven per cent over 2013. The value of pharmaceutical exports from MIA grew 17 per cent in 2014 year on year to nearly $2.4 billion.

These results mean Miami continues to be the busiest US airport for international freight, according to its operator, Miami-Dade Aviation Department. With ongoing growth, but no new facilities being developed right now, the department is close to completing a cargo re-development plan that will address the airport’s long term infrastructure needs.

Florida state’s Department of Transportation is already working on a reconstruction project that will deliver separation of cargo truck and commuter traffic, reduced travel time and a direct connection to the airport’s cargo area from the North West 82 Avenue. Phase one of the project, which constructed an overpass directly connecting the airport’s cargo area to Florida State Road 826, was completed in July 2011 and phase two, will connect the new overpass west of state road 826 to North West 82 is scheduled for completion in 2016.

While development work is ongoing, through June of this year, total freight activity by tonnage has been the same as last year. In the first quarter, cargo grew by two per cent overall and by four per cent in international cargo. “We expected to see a levelling out during the summer, followed by an upward trend again beginning in the autumn. End of year tonnage is typically the highest,” says Miami airport’s marketing director, Chris Mangos.

The airport, with its cargo business partners, continues to pursue accreditation as a pharma hub from the International Air Transport Association. Venezuelan carrier Transcarga International Airways became the 40th all-cargo airline now serving the airport when it launched a scheduled cargo service on 23 April. Transcarga flies between Miami and Venezuela’s capital city of Caracas with an Airbus A300-B4 Freighter. Low cost, US all-cargo carrier Western Global Airlines, based in Sarasota, Florida, is continuing to develop its charter operations from Miami after launching services to Latin America last November 2014 with a fleet of Boeing MD-11 Freighters.

“Continued decline or slowing of Latin American economies, particularly in Brazil, in addition to the fate of the US dollar’s value, have affected our activity,” admits Mangos. “Signs of such fallout were already apparent when looking extensively through regional and individual country activities during the first three months of this year.”
Total cargo tons for Miami in the year to date (June) were 1,074,658, representing a 0.24 per cent increase compared to 2014. Domestic was 135,061, a 0.17 per cent decrease, and international trade showed a marginal 0.3 per cent increase on 2014, with a total cargo tonnage of 939,597.

Miami continues to schedule more flights to Latin America and the Caribbean than any other US airport, it claims. In airfreight terms its mid to long term goal is to continue its growth from a recognised hemispheric hub to a global airport of choice, offering an expanded route network with direct cargo access to all world regions. 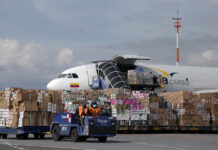 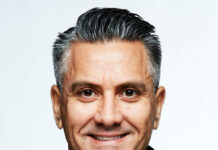 Onwards and upwards at Miami International