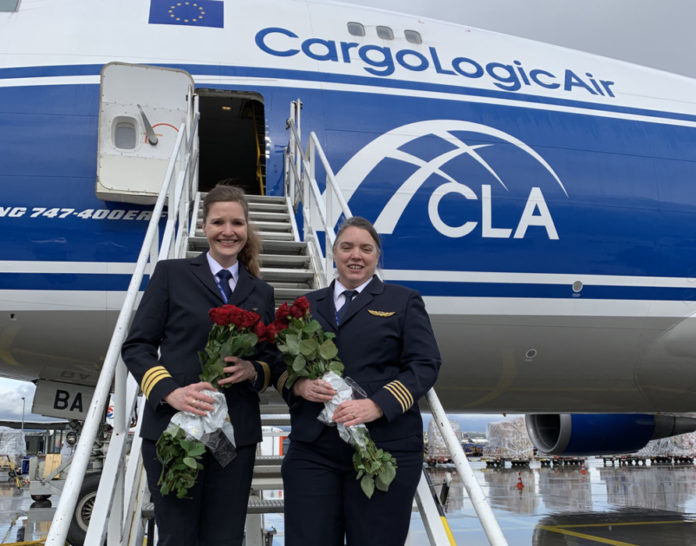 As businesses and communities around the world celebrated achievements of women, Captain Robinson and First Officer Krause were making their final preparations at Frankfurt Airport flying to Atlanta onboard a 747-400ERF, but not before they were presented with flowers to mark the milestone.

Robinson, who has more than 3,000 hours flying 747s, joined CargoLogicAir in 2015 as a Senior First Officer and was promoted to Captain in 2018.

David Kerr, CEO of CargoLogicAir says: “Today, as we celebrate International Women’s Day, we recognise the important contributions all of our female employees are making to the success of CargoLogicAir, as symbolised by Captain Robinson and First Officer Krause.”