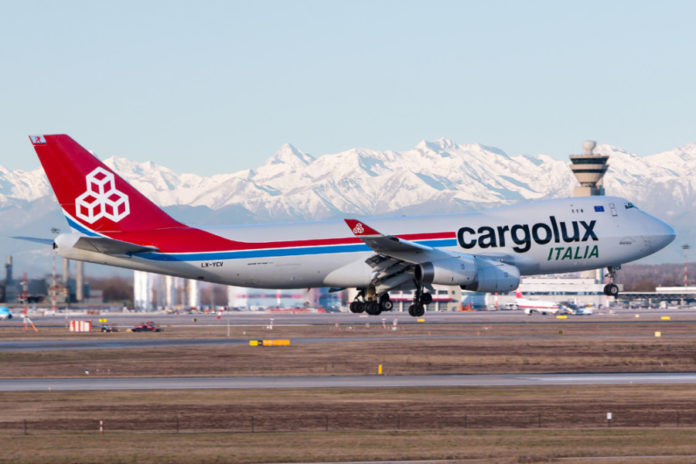 Business in 2016 was a “roller coaster ride” ending with a very strong final quarter, something that has carried over into 2017, Cargolux Italia chief executive officer, Pierandrea Galli tells Air Cargo Week.

He says the first nine months of 2016 were weak but the final quarter was “exceptionally good”, pushing freight tonne kilometres up 25 per cent compared to 2015, while load factors grew 1.2 percentage points.

In 2017, January was very strong followed by a slowdown in February, which Galli was not surprised about due to the timing of Chinese New Year.

As for the rest of 2017, Galli comments: “We are still facing a number of challenges, such as overcapacity and continued weak yields, as well as fierce competition, especially from the Middle East. However, the market has a more positive outlook now compared to September last year.”

He says: “We have introduced a new service from Milan to Luxembourg – Kuwait – Hong Kong – Anchorage –Chicago – New York and back to Luxembourg and Milan. Our other services to Japan, Hong Kong, China and the US, as well as our fleet size will remain stable for this year.”

Exports still mainly consist of products including fashion, cars and industrial machinery, and imports are largely electronics and textiles from Asia.

Cargolux Italia is based at Milan Malpensa Airport, the most important cargo hub in Italy.

Galli says: “All the major cargo operators are present here. Other Italian airports mainly cater to belly carriers or specialised products such as pharma or perishables.”

Galli says the air cargo market is extremely volatile and is impossible to predict how the market will develop over the coming years but he is optimistic about Italy.