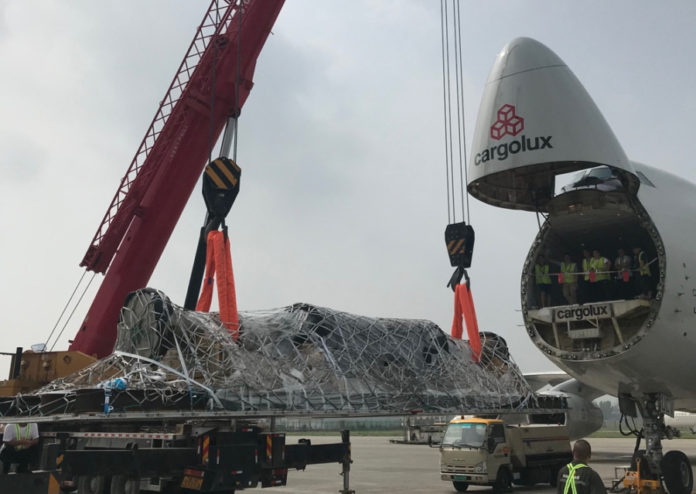 Cargolux Airlines International has transported a 10-metre long shaft weighing 43 tonnes from Luxembourg to Zhengzhou, the largest piece moved to its Chinese hub.

The move was organised on behalf of the newly founded HNCA Logistics (Luxembourg) in cooperation with local partner European Logistics Partners.

The shipment was the first of its kind to transit through Zhengzhou, and the heaviest single piece of freight that Cargolux has delivered to China.

Paul Hoffmann, director of ground engineering at Cargolux says: “While Cargolux frequently transports very heavy cargo shipments, of up to 60 tonnes, throughout its global network, this specific shipment was special as it was the first time that a single piece of cargo weighing above 35 tonnes was flown into Zhengzhou airport.”