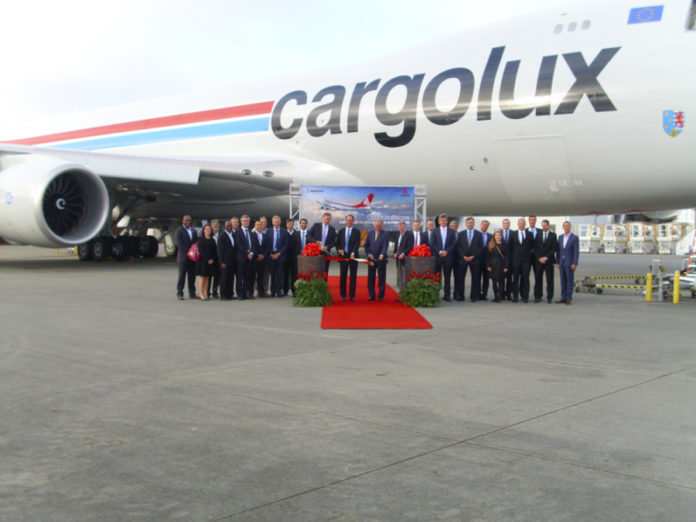 Cargolux Airlines International has taken delivery of its 14th Boeing 747-8 Freighter at a ceremony at Boeing’s Everett factory near Seattle.

The aircraft, registration LX-VCN has been named ‘Spirit of Schengen’, was handed over on 29 September, having brought forward delivery to cater for predicted extra demand during the peak season.

Cargolux president and chief executive officer, Richard Forson says: “I see the 747-8F as an industry stalwart; this aircraft has already proven its worth for Cargolux in five years of reliable and efficient operation and it will continue to drive growth and revenues for Cargolux in the years to come.”

Boeing Commercial Airplanes vice president of European Sales, Monty Oliver says: “The 747-8 Freighter has proved to be a tremendous addition to Cargolux’s fleet, providing increased capacity, more range and outstanding economics. We congratulate Cargolux on this latest delivery and are honoured that the 747 remains the mainstay of its all-Boeing fleet.”

Cargolux was the launch customer for the 747-8F, having ordered 10 units in 2005 and taking delivery of the first one in October 2011 and the airline now has 26 aircraft in its fleet.