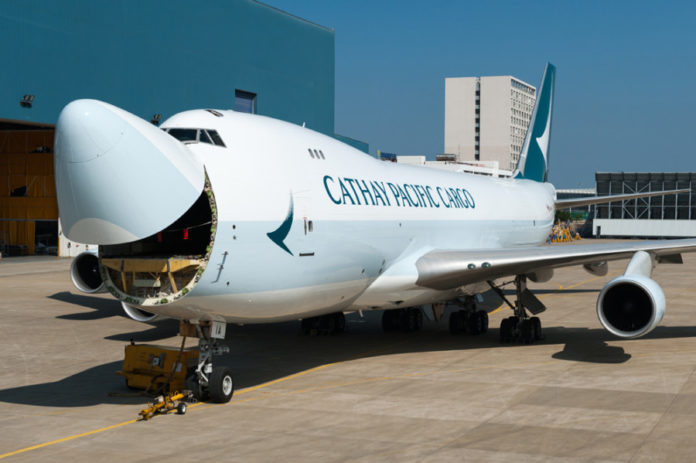 Cathay Pacific Group has returned to profitability in the first half of 2019, but cargo proved weaker due to US-China trade tension.

Much of the success came from lower fuel prices but the group was adversely impacted by a stronger US dollar.

Cargo revenue suffered in the period, down 11.4% to HK$11.5 billion as global demand became weaker due to the US-China trade tensions.

On 2 August, US President Donald Trump announced tariffs on a further $300 billion of Chinese imports and the US officially named China a “currency manipulator” on 6 August, causing the Chinese yuan to fall sharply against the dollar.

Cathay Pacific says that faced with weak demand, it has rationalised freighter capacity and emphasised shipments of specialist cargo.

Highlights of the first half of the year were good growth in Southeast Asia in early 2019, with increased freighter services to Singapore from January.

The joint business agreement with Lufthansa Cargo was extended in April to cover eastbound shipments.

In April, Cathay Pacific became the first airline in the world to receive the new IATA CEIV Fresh certificate for handling perishable cargo.