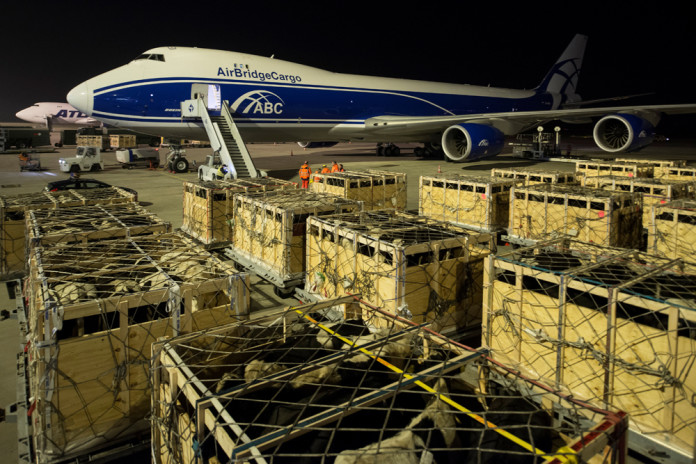 A shipment of 165 cattle was transported from Leipzig Halle Airport to Kuwait using an AirBridgeCargo Airlines Boeing 747-8 Freighter.

The animals, from the German state of Saxony-Anhalt, were transferred from trucks to transport boxes at the airport’s Animal Export Center, a 1,300 square metre facility that has been operating since 2010. The handling was carried out by PortGround, and FARHAT, which operates in the cattle and meat wholesale business.