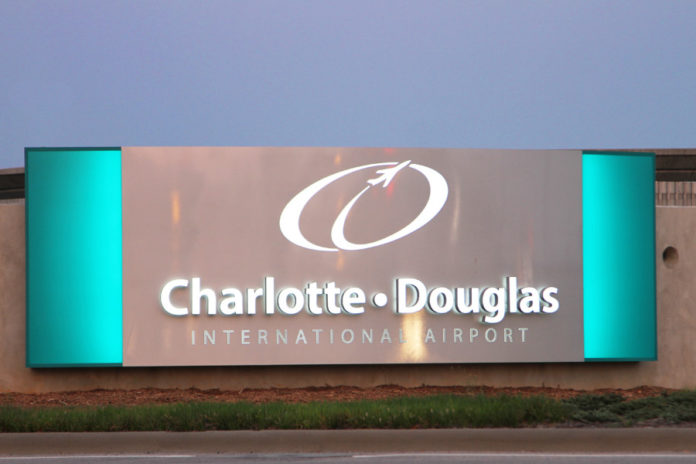 Charlotte is also connected to two major rail systems linking 27,000 miles of track and the Norfolk Southern Railway’s Charlotte Regional Intermodal Facility located at the airport is capable of 200,000 lifts annually and is compatible with aviation operations.

Hair says: “It is the only intermodal facility operating between two active runways with the ability to seamlessly link freight operations by air, rail and truck with access to seaports.”

Hair also says: “Charlotte Douglas International Airport is poised to have significant impact on international trade. The Charlotte region is home to Foreign Trade Zone (FTZ) #57 and the Airport is the region’s permanent
magnet FTZ #17 site.”

Charlotte, Hair adds, offers also benefits including a strong partnership with Customs and Border Protection as well as competitive landing fees of $0.89 per 1,000 lbs.

He says: “Charlotte Douglas International Airport is one of the best operated air transport facilities in the country, maintaining quality service and a competitively low fee structure.”

At present, Charlotte does not have any cargo facility expansion plans having recently expanded the cargo ramp but it is working on its Destination CLT programme.

Hair tells ACW: “The airport is home to the CLT Air Cargo Center which has approximately 570,000 square feet of facilities and ramp space. The airport recently completed expansion of the Airport’s cargo ramp. The ramp was expanded by 12,000-square yards to provide additional space to potential clients.

“We are in the midst of Destination CLT, a $2.5 billion development programme that includes passenger terminal expansion, additional gates, roadway improvements, and a proposed new runway.”