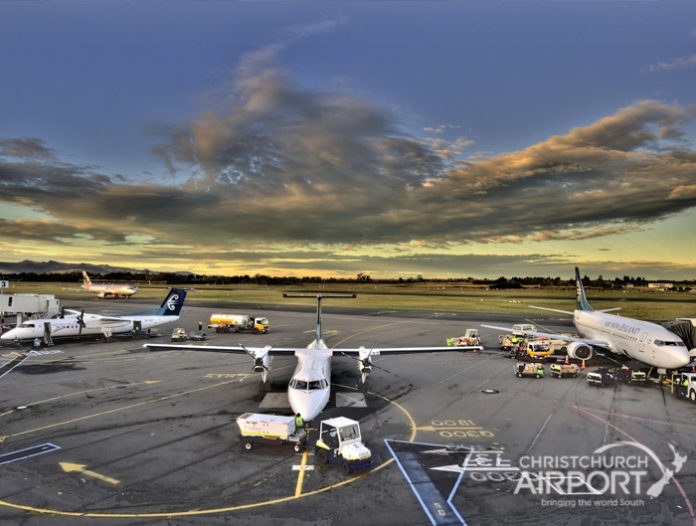 Freighters have been arriving into Christchurch Airport – signalling the start of the key export season and also highlighting the valuable contribution local producers and exporters make to the local economy.

He says it left with a range of high value fresh produce bound for Auckland, Sydney and beyond. “The B757F has a payload capability of 32,000kgs and the aircraft moved nearly 24,000kgs of Sydney-bound general and perishable cargo on the first service,” he adds.

“The charter flight operated we operated last weekend was the first of many we hope to operate over the coming summer months,” he says. “The aircraft will visit Christchurch at least weekly through December.

“It signals the start of the South Island’s peak perishables export production season, with air freight in high demand for all primary producers from dairy, to fresh meat, to stone fruit and more,” he adds.

“Indications already suggest a bumper season of South Island exports,” he says. “Our international airline partners, including Air New Zealand, Singapore Airlines, Qantas, China Southern Airlines, Emirates and Cathay Pacific, are also taking freight out every day to some of the world’s leading hubs, such as Sydney, Hong Kong, Singapore, Dubai and Guangzhou.

“We anticipate a repeat of peak demand for high quality South Island produce for Chinese New Year, with extra flights this year taking cherries, chilled meat and live crayfish, among other things, to dinner tables across Asia.”