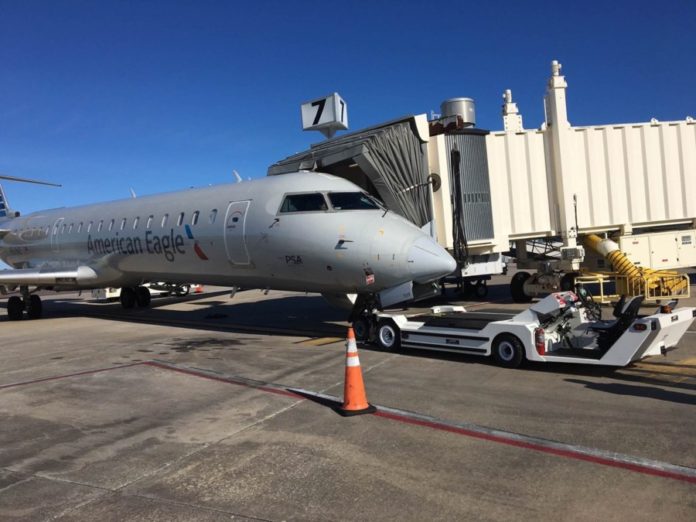 Menzies Aviation has started a new partnership with Orlando Melbourne International Airport as part of a four-year exclusive contract to provide ground handling at the Florida gateway.

As part of the contract it will handle cargo for Delta Air Lines, American Airlines, Porter Airlines and Elite Airways. It will also run passenger and ramp handling and other services.

The airport is close to NASA making it a leading home for companies in the aerospace and aviation sector as well as one of the fastest growing aircraft manufacturing and aviation centres in the US.

Vice president for commercial in the Americas, Paul Walton says: “We are delighted to be selected by the Melbourne Airport Authority to be their exclusive partner of ground handling services at the airport. Our contract represents the first of its kind for a US airport where we will be sole provider of  services.

“We were chosen for our proven experience and capabilities of providing quality handling solutions at this level and demonstrated our ability to partner with them to deliver a world-class handling service to their airline customers.”

Emirates have also renewed contracts with Menzies in New Zealand for a further five years until December 2021. In Auckland, Emirates operates four daily Airbus A380 aircraft and a daily A380 flight in Christchurch.

Menzies grew strongly in the Oceania and South-East Asia (OSEA) region in 2016.

Providing around 204 additional flights or services per week, the contracts will offer a variety of services, including cargo and freighter ramp handling as well as core services.

Malaysia Airlines was the most significant win for the region – in addition to all existing contracts being renewed in Darwin, Auckland and Melbourne, Menzies was also awarded contracts in Sydney, Perth and Adelaide for services in Hyderabad. Two of these stations are new for Menzies, with operations beginning in Adelaide and Brisbane West Wellcamp Airport.

Each contract has been locked in for three to five years and vice president for commercial in OSEA, Stuart Key says: “2016 has been a year of change for our global commercial teams; being set regional goals in line with the corporate strategy for the first time.

“We met in March last year to identify areas, which needed strategic focus to meet these goals. The team then went back to their regions and have performed better than anybody could have expected, despite a number of significant challenges.

“The OSEA commercial team have increased business with key accounts, allowed operations teams to open new stations due to gaining new contracts, increased profitability through expanding complementary services, and achieved all of the goals we set in March.”