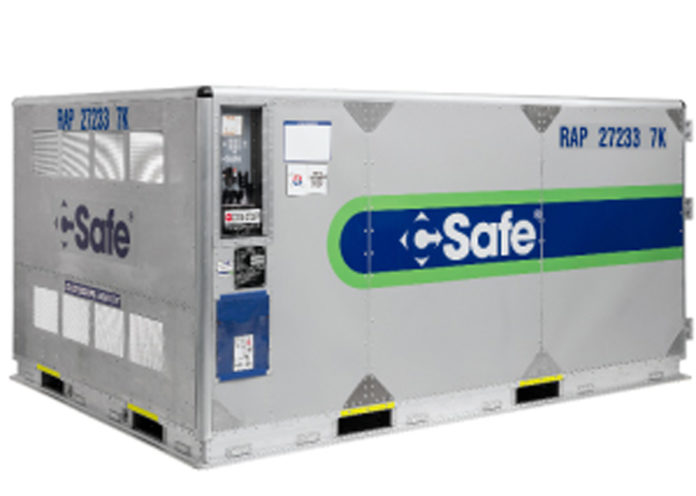 It can maintain constant payload temperatures in ambient temperatures from -30C to +54C, and with a payload of 6.68m3, the RAP can accommodate up to four standard US-pallets or five standard Euro-pallets.

Like the CSafe RKN, the CSafe RAP also has a battery life of well over 100 hours.

CSafe Global president and chief executive officer, Brian Kohr says: “With this approval, we mark another important milestone in the launch of the CSafe RAP, providing life-science shippers with a new temperature-controlled container solution, for larger cargo payloads, that is based on our proven system designs and technologies that have been used in successful shipments with the CSafe RKN active container over the past 10 years.”