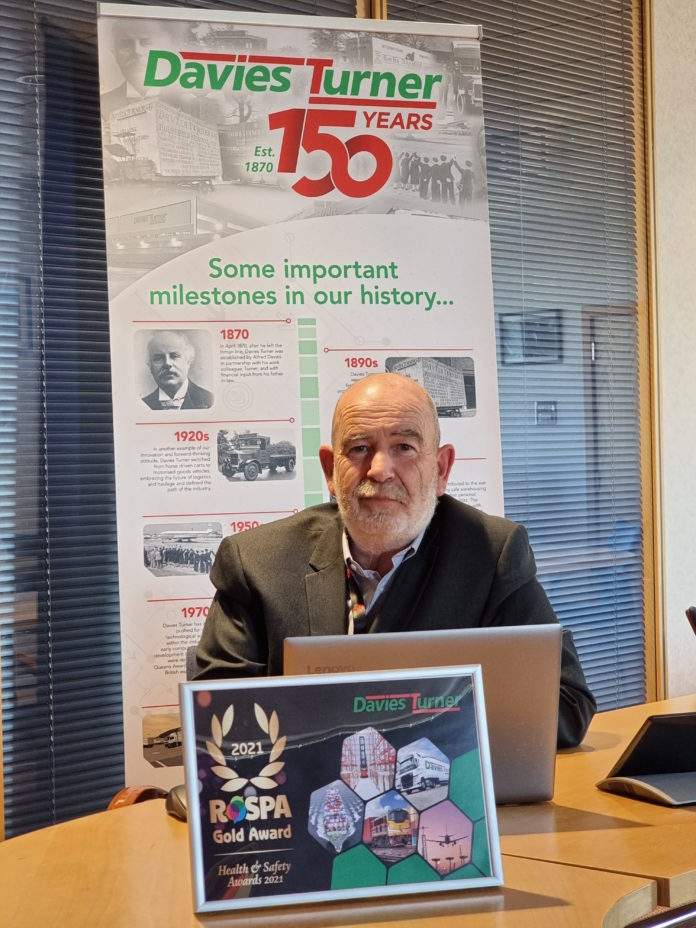 The UK’s largest Independent freight forwarder Davies Turner has received a RoSPA (Royal Society for the Prevention of Accidents) Gold award in recognition of the high standards of its health and safety performance during the period from January 1, 2020 to December 31, 2020.

Every year, nearly 2,000 entrants compete to achieve the highest possible accolade in what is the UK’s longest-running awards for health and safety and organisations receiving a RoSPA Gold Award are recognised as being world-leaders in this area of business administration.

Julia Small, RoSPA’s achievements director, said: “The RoSPA Awards scheme is the longest-running of its kind in the UK, but it receives entries from organisations across the globe, making it one of the most sought-after achievement awards for health and safety worldwide.

“RoSPA is very proud of the achievements of its entrants, and with this award we recognise the best of the best, those organisations that have gone the extra mile, raising the bar for the delivery of safety in the workplace.”

“The formal recognition of our health and safety standards makes sound business sense, and demonstrates the company’s governance ethos and commitment on these issues.

“Over the last few years, we have also seen our clients seeking greater evidence that Davies Turner is fully engaged with environmental, social and compliance issues or objectives as they seek reassurance that they are dealing with a company that fully understands its corporate responsibilities.”

The latest award is in addition to last year’s certification of the Environmental Management System that is in place at four of the Davies Turner Group’s regional distribution centres in the UK to the ISO14001:2015 standard.

The company acquired ISO9001 accreditation for its quality management systems in 2013 followed by HMRC recognition as one of the UK’s first Authorised Economic Operators (AEO). Davies Turner Air Cargo has also long held the Investors in People (IIP) award, meeting the highest standards of people management.

Stephenson concluded: “The latest award, along with our other certifications, adds to DT Group’s list of achievements in the field of internationally recognised standards of quality, safety, health and environmental responsibility, and further demonstrates our commitment to sound business administration practices to all of the company’s stakeholders.”