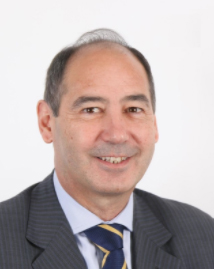 Air cargo veteran and former IATA head of cargo Des Vertannes has been inducted into the TIACA Hall of Fame.

Vertannes has fostered and led industry collaboration in e-freight, cargo security and handling, initiated the Global Air Cargo Advisory Group (GACAG) and pushed to modernise the relationship between airlines and forwarders over a career spanning close to five decades.

Among his achievements as head of cargo for the International Air Transport Association (IATA) between 2010 and 2014 was setting the challenge of reducing transit times by 48 hours to “ensure customers paying the premium air transport price consistently received a premium service”.

The International Air Cargo Association (TIACA) chair of the chairman’s council, Oliver Evans says: “His dedication, perseverance, visionary thinking, and inspiring leadership have made a profound and lasting impact on our industry. Des is also known for forging and growing friendships right across the industry, that last to this day.”

Vertannes started his career with British Airways in 1970, holding several management positions before setting up his own forwarding business in 1984, then joining Air Canada as general manager for cargo in 1991.

He was chief executive with Air Menzies International, managing director at Menzies World Cargo, head of cargo at Gulf Air and then Etihad Airways before joining IATA.

A year after retiring from IATA he became a strategic advisor to cloud based IT cargo management provider, SmartKargo.