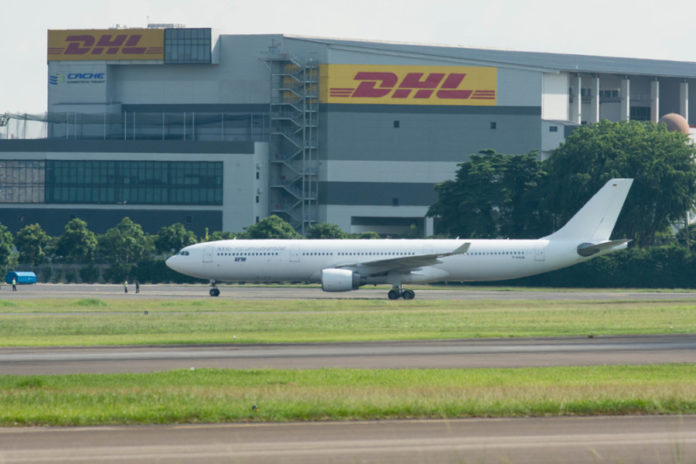 DHL Express has ordered four more Airbus A330-300 passenger-to-freighter (P2F) conversions from Elbe Flugzeugwerke (EFW), with the option for 10 more.

The contract was signed at the 52nd International Paris Air Show witnessed by Singapore’s Second Minister for Defense, Ong Ye Kung and Chief of the Saxon State Chancellery and State Minister for Federal and European Affairs, Dr Fritz Jaeckel.

ST Aerospace president, Lim Serh Ghee says: “This second contract from DHL Express underscores the right decision that ST Aerospace, Airbus and EFW had made in 2012 to launch the A330P2F programme. We are confident that the A330-300P2F aircraft will be an invaluable part of DHL Express’s global aviation fleet and serve the air cargo market well.”

EFW president and chief executive officer, Dr Andreas Sperl says: “This reflects the confidence that DHL Express has in our A330P2F programme and the viability of our conversion solution, which marries the deep operational and engineering expertise that ST Aerospace and EFW have accumulated over the years as an integrated solutions provider.”

DHL Express senior vice president – global air fleet management, Geoff Kehr says the A330-300P2F will address demand for a market segment not served by any other aircraft, saying: “It will further strengthen the global air network of DHL Express and help us to achieve even greater efficiencies in our aviation operations.”

The A330P2F programme was launched in 2012 as a collaboration between ST Aerospace, Airbus and EFW.

The programme includes two versions, the A330-200P2F, which the launch contract went to Egyptair Cargo in December 2014, and the A330-300P2F, with DHL Express the first customer.