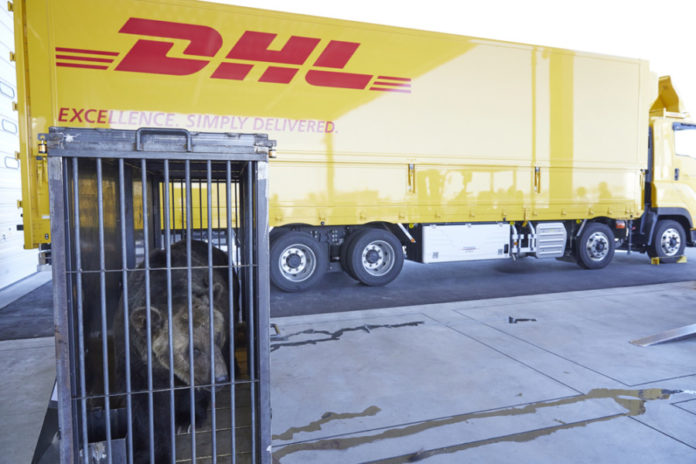 From there, they flew to Tokyo’s Haneda Airport where they boarded a connecting flight to London’s Heathrow Airrport, accompanied by two vets and two animal handlers.

Purpose built creates were produced for each of the bears, which can weigh up to 550 kilogrammes and require temperatures to be maintained as closely as possible to their native climate in northern Japan and Korea.

DHL Global Forwarding worked closely with the Park to plan and carry out the move, including providing expedited customs clearance for the bears’ arrival in London while Park staff managed the final leg of the journey from the airport to their new home.

DHL Global Forwarding vice president airfreight UK, Paul Chinery says: “We at DHL Global Forwarding are proud to have the chance to support the important work of institutions like Yorkshire Wildlife Park with our wide range of competencies, from rapid multimodal freight to customs clearance of sensitive cargo.”

Yorkshire Wildlife Park chief executive officer, John Minion says: “The bears will be the first residents in a new Rehabilitation Centre at the Park – a 2.5-acre specialist reserve which has been designed for short to mid-term housing of carnivores who have been rehomed – before moving into their permanent home at the Park. We are excited to prepare the bears for their new home where they will receive the lifelong care they need.”

The bears will spend the rest of their lives in the care of Yorkshire Wildlife Park, which also hosts one of the largest polar bear conservation projects in the world.

Ussuri brown bears, also known as the black grizzly bear, is extinct across parts of Asia, and though there are reported to be 10,000 left in Japan, they are vulnerable to habitat loss, illegal hunting and capture, and poaching for body parts and skins.