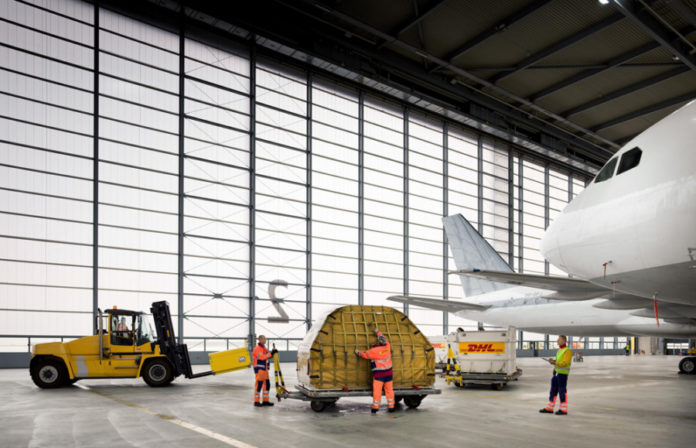 Oslo Airport is continuing to gain new routes with DHL launching two flights a week to Seoul and Shanghai.

The Boeing 747-400 Freighter service was launched on 8 September, and will operate on Tuesdays and Fridays.

The hub serving the capital of Norway has seen cargo growth of 32 per cent this year, and has been working with DHL Global Forwarding to establish new flights to cater for demand for Norwegian seafood and provide links to the different regions of Norway.

Avinor director of cargo, Martin Langaas says: “Avinor’s close cooperation with DHL has resulted in several new routes such as Lakselv and Seoul, increasing the competitiveness of Norwegian Seafood export and strengthening the position of Oslo Airport as the leading freighter hub in the Nordics.”

Norway’s minister of transport and communications, Ketil Solvik-Olsen says the popularity of Norwegian seafood means it is essential to have good international transport links.

He says: “The market has been trying to find a way to transport seafood from northern Norway to Asia for some time. Earlier this year DHL opened a cargo route from Lakselv to Oslo. A new service from Oslo to Seoul and Shanghai will make it possible to transport fresh seafood all the way from Lakselv to Asia in a fast and efficient manner.”

“We note that the service is starting out as a series of charter flights, which will be the basis for scheduled flights if the service is economically viable. We are pleased that this new service now becomes a reality.”

DHL Global Forwarding senior vice president and global head of network carrier management, Henk Venema says DHL’s aim is to be the leading seafood logistics provider in Norway, and the company is delighted to have another service for the industry.

He says: “This route will save our customer’s time on connections to South Korea, Shanghai and to the rest of DHL’s global network.”

DHL Global Forwarding freight Norway – head of airfreight, Trond Orjan Olsen says this new route compliments the Lakselv service, saying: “We will be delivering seafood from Lakselv to the market in South Korea and China in less than 24 hours. With the launch of our new service to Seoul, we also expand our service from Lakselv from one to two flights a week.”