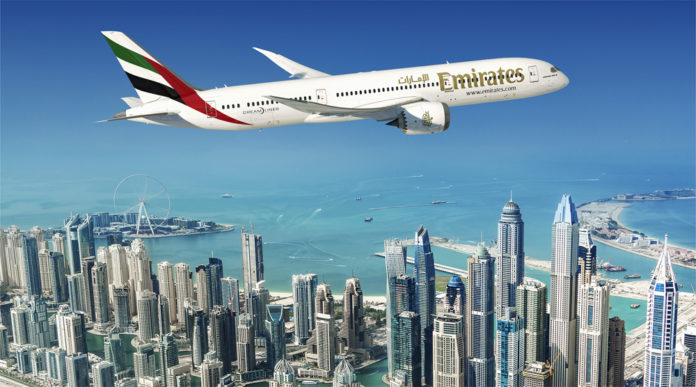 Emirates has finalised a purchase agreement with Boeing for 30 787-9s, in a deal signed at the Dubai Airshow.

The airline had originally picked the larger 787-10 but officially selected the 787-9 to complement the 777.

As part of the agreement, Emirates will update its order book by converting 30 777s into 787-9s, remaining the largest 777X with 126 aircraft on order.

Sheikh Ahmed bin Saeed Al Maktoum, chairman and chief executive of Emirates says: “This is an important investment and addition to our future fleet and it reflects Emirates’ continued efforts to provide the best quality air transport services to our customers. The 787s will complement our fleet mix by expanding our operational flexibility in terms of capacity, range and deployment.”

Stan Deal, president and CEO of Boeing Commercial Airplanes says: “We are excited to finalise this important order from one of the world’s leading airlines. Our agreement solidifies Emirates’ plan to operate the 787 Dreamliner and the 777X, which make up the most efficient and most capable widebody combination in the industry.”