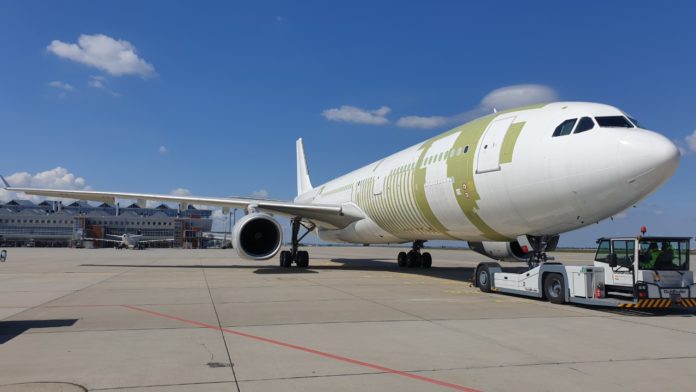 Elbe Aircraft Works (EFW) today delivered another A330-300P2F freighter. The A330 has been refitted for DHL in recent months. This aircraft with the serial number MSN777 is the first on the market to allow a particularly high load with a gross payload of more than 62 tonnes.

“The demand for modern fly-by-wire freighters with a high payload, large load volume and full-fledged container positions has been apparent for some time,” says Andreas Sperl, CEO of Elbe Flugzeugwerke GmbH. “Even under the conditions of the Corona pandemic, we want to reliably deliver conversion freighters of the new programs to our customers as usual and are very pleased that we were able to hand over a large-capacity freighter with the MSN777 to DHL.”

With the delivery of the A330, the Elbe aircraft plants were able to increase the original payload planning by three tonnes to up to 63 tonnes for their current conversion programme A330-300 P2F.

Converted A330 aircraft from EFW also have functions that allow the aircraft to operate even more efficiently in freighter operation. This includes, for example, the intelligent cargo loading system, which can be used to position several containers at the same time, thus saving valuable loading and unloading time. Two more 330-300P2F will be delivered to DHL later this year. Up to twelve more A330s will follow for the express service provider.