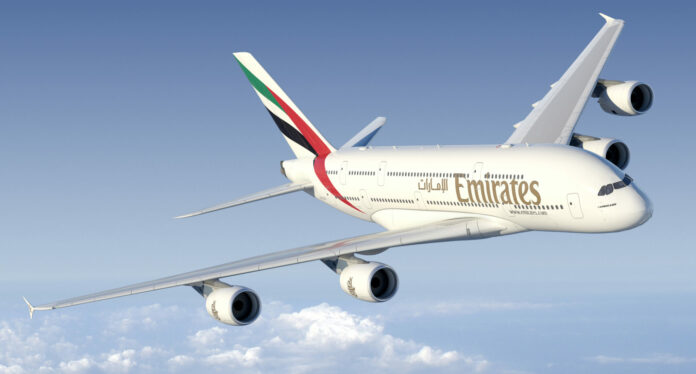 The Emirates Group today announced its half-year results for its 2021-22 financial year.

Group revenue was US$ 6.7 billion for the first six months of 2021-22, up 81% from US$ 3.7 billion during the same period last year. This strong revenue recovery was underpinned by the easing of travel restrictions worldwide and the corresponding increase in demand for air transport as countries progressed their COVID-19 vaccination programmes.

The Group is reporting a 2021-22 half-year net loss of US$1.6 billion, substantially improved from its US$ 3.8 billion loss for the same period last year.

The Group also reported an EBITDA of US$ 1.5 billion, a dramatic turnaround from a negative US$ 12 million EBITDA during the same period last year, illustrating its strong return to operating profitability.

Ahmed bin Saeed Al Maktoum, chairman and chief executive, Emirates Airline and Group said: “As we began our 2021-22 financial year, COVID-19 vaccination programmes were being rolled out at unprecedented scale around the world. Across the Group, we saw operations and demand pick up as countries started to ease travel restrictions. This momentum accelerated over the summer and continues to grow steadily into the winter season and beyond.

“Our cargo transport and handling businesses continued to perform strongly, providing the bedrock upon which we were able to quickly reinstate passenger services. While there’s still some way to go before we restore our operations to pre-pandemic levels and return to profitability, we are well on the recovery path with healthy revenue and a solid cash balance at the end of our first half of 2021-22.

Sheikh Ahmed added: “We would like to thank our customers for their continued support, as well as all our aviation and travel industry stakeholders and partners for their efforts that have made it possible for international air travel to resume safely and smoothly.”

The Emirates Group has been able to tap on its own strong cash reserves, and access funding through its owner and the broader financial community to support its business needs through the unprecedented challenges wrought on the aviation and travel industry by COVID-19. In the first half of 2021-22, its owner further injected US$ 681 million into Emirates by way of an equity investment and they continue to support the airline on its recovery path.

During the first six months of 2021-22, Emirates took delivery of 2 new A380s and retired 2 older aircraft from its fleet as part of its long-standing strategy to improve overall efficiency, minimise its emissions footprint, and provide high quality customer experiences.

With a clear focus on restoring its passenger network and connections through its Dubai hub, Emirates responded with agility whenever travel restrictions lifted to restart services or layer on additional flights. By September 30, the airline was operating passenger and cargo services to 139 airports, utilising its entire Boeing 777 fleet and 37 A380s.

Emirates carried 6.1 million passengers between April 1 and September 30 2021, up 319% from the same period last year.

The volume of cargo uplifted at 1.1 million tonnes has increased by 39%, which brings the business back to 90% of pre-pandemic (2019) levels by volume handled.

In the first half of the 2021-22 financial year, Emirates loss was US$ 1.6 billion, compared to last year’s loss of US$ 3.4 billion. Emirates revenue, including other operating income, of US$ 5.9 billion was up 86% compared with the US$ 3.2 billion recorded during the same period last year.

Emirates operating costs increased by 22% against an overall capacity growth of 66%. Fuel costs more than doubled compared to the same period last year. This was primarily due to an 81% higher fuel uplift in line with substantially increased flight operations during the six-month period up to end of September, and also an increase in average oil prices. Fuel, which was the largest component of the airline’s operating cost in pre-pandemic reporting cycles, accounted for 20% of operating costs compared to only 11% in the first six months of last year.

dnata’s revenue, including other operating income, was US$ 1 billion, a 55% increase compared to US$ 644 million last year.

Overall profit for dnata is US$ 23 million, compared to last year’s loss of US$ 396 million.