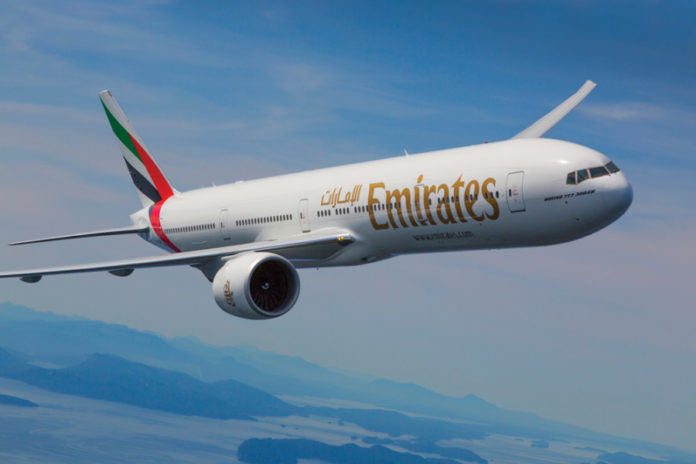 Emirates Flight Operations has developed a navigation technique to allow the airline to carry additional cargo into Kabul International Airport.

The missed-approach procedure has replaced an older technique that required cargo bound for Kabul to be offloaded in Dubai during low-cloud or poor visibility weather conditions.

The airline operates a daily flight to Kabul with a Boeing 777-300ER and within the first three months of implementation, the new solution allowed Emirates to carry an additional 250 tonnes of cargo into Kabul during low-cloud conditions.

In addition to increased facilitation of trade to and from Afghanistan, the procedure has resulted in more streamlined cargo operations to Kabul, higher customer satisfaction and enhanced fuel efficiency.

Kabul airport is situated in a wide valley at 5,800 feet and is surrounded by mountains that are over 11,000 feet tall.

The airport has a number of constraints because of the challenging terrain, Air Traffic Control (ATC) and other security requirements.

Kabul’s Runway 29 has two established missed-approach procedures with one of them requiring aircraft be able to climb at a steep angle when cloud cover is lower than 1,200 feet.

Previously, when meterological reports predicted cloud cover below this level, cargo was offloaded in Dubai to make the aircraft lighter, but this often resulted in cargo not arriving on time.

The team worked with flight design agency DFS Aviation Services, with regulatory credentials to analyse the terrain around the airport and develop a new procedure that could be implemented without delays in working with the local ATC.

Once it was ready, it was coded into the Emirates Flight Management System and tested on simulators to confirm theoretical performance calculations and ensure that the aircraft would be able to clear obstacles in the case of a go around.

Since implementation, Emirates has been able to carry significantly more cargo into Kabul leading to lower costs and more efficient operations, while optimised payloads and minimising chances of returning to Dubai has reduced fuel costs and carbon emissions.