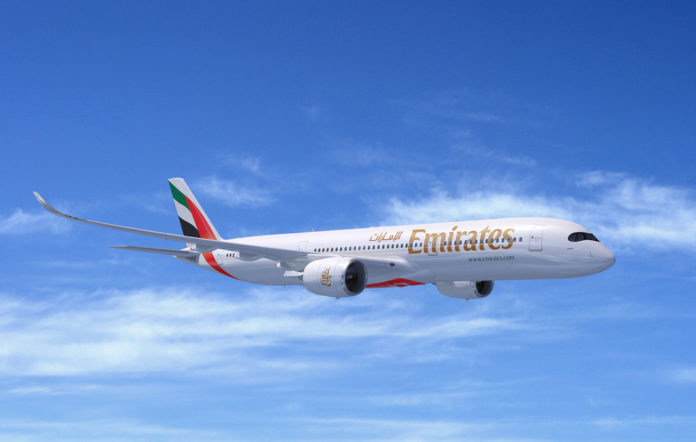 EMIRATES has resumed bellyhold services to Clark with six weekly flights from August 1, boosting its global network to 68 destinations in August and connecting customers to Europe, the Middle East, Asia Pacific and Africa.

With the resumption of flights to Clark, Emirates will now operate with scheduled services to two gateways in the Philippines, with services to Manila being in operation since June 11. Furthermore, the network of destinations that it now serves in South East and East Asia has reached 13, across ten countries and territories.

All flights to Clark will be operated with a Boeing 777-300ER.
Flights between Clark and Dubai will operate on Mondays, Wednesdays and Saturdays as EK2520, which departs Dubai at 02:55 and arrives at Clark International Airport at 15:45, while EK338 will depart Clark at 17:15 and is scheduled to arrive in Dubai at 21:40. Flights to Clark on Tuesdays, Thursdays and Fridays will operate as EK2572 and will depart Dubai at 04:50 and arrive in Clark at 17:40. On the same days, the return flights to Dubai, operating as EK338, will depart Clark at 19:10 to arrive in Dubai at 23:35.