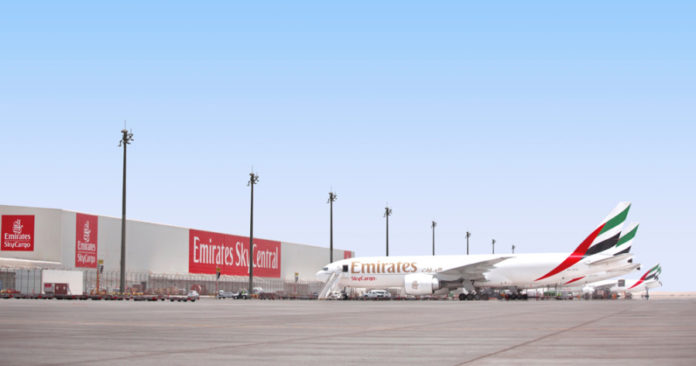 South America has long been touted as one of the world’s most promising emerging markets. Brazil even supplied the ‘B’ for the oft-quoted ‘BRICS’, alongside Russia, India, China and South Africa, writes Neil Madden.

But over the past decade, Brazil and many of its neighbours have seen mixed economic fortunes, which have disappointed the region’s protagonists.

Now signs are that things are moving in the right direction once more as consumption and exports are driving renewed economic growth across the region, with the lamentable exception of Venezuela.

LATAM Cargo even took the bold step earlier this year of committing to four additional freighters to bring its fleet to 12 by 2020.

And despite the ups and downs of the region, carriers from further afield have continued to invest in growing services to and from the continent. Emirates SkyCargo has seen a steady rise in South America volumes over the years. Little wonder then that the region is one of the carrier’s focus areas where it sees great potential for further growth.

“From markets such as Ecuador we have seen our volumes of flowers carried on freighters growing over the years. Between 2015 and 2017 we carried a total of more than 33,500 tonnes of flowers from Quito on our freighter flights. And for Argentina, over the same period, we have carried around 13,000 tonnes of cargo.”

“Our recent launch of the service to Santiago has allowed us to expand our network and offer more cargo capacity to the South American market. We continue to closely monitor and evaluate market conditions to ensure that our capacity is deployed where there is demand,” the spokesperson adds.

Across the continent, the carrier flies a twice-weekly B777F service to Viracopos, in Sao Paolo state, Brazil, four times a week to the Ecuadorian capital Quito, and once a week to Ciudad del Este, Paraguay.

These freighter services are supplemented by belly space on A380 and B777 passenger flights to Sao Paulo and Rio de Janeiro, Buenos Aires and now Santiago.

“On these (passenger) services we are able to offer cargo capacity of up to 15 tonnes per flight,” the spokesperson says.

“We have daily passenger flights to Rio de Janeiro and Buenos Aires; a five-times-a-week service to Santiago with the flights stopping at Sao Paulo in addition to daily flights to Sao Paulo. In total we offer over 450 tonnes of weekly capacity to South America.”

The products that Emirates imports and exports out of the different stations in South America are diverse. The flowers from Quito, for example, are freighted directly to Amsterdam where they are auctioned in the world’s largest flower market.

“We have also operated multiple freighter charters to Brazil over the past few years to transport various types of cargo – including horses for leading sporting events and outsized equipment such as helicopters.”

As far as Argentina and Chile are concerned, the market is pretty much given over to perishables. Ex-Argentina the main exports are cherries and various kinds of berries, salmon, and leafy vegetables, such as asparagus.

The addition of Santiago is seen as a good opportunity to facilitate growing exports of salmon to fast-growing consumer markets in the Middle East and East Asia.

Chile is the world’s second largest producer of farmed salmon and exports from the country were valued at over $4.6 billion in 2017.

Emirates says the new service will also offer one of the fastest flight connections for cargo from Chile to destinations in East Asia, including Shanghai, the Middle East and Russia through Dubai.

The carrier has a suite of specialised services for perishable cargo – Emirates Fresh – to help ensure the freshness of Chilean salmon and fruits during transit. The cargo terminals in Dubai also have extensive cool chain facilities including dedicated temperature-controlled storage areas and equipment such as Cool Dollies and thermal blankets to ensure cargo is well protected against thermal radiation.

The main import commodities into Santiago are expected to be e-commerce shipments from East Asia.