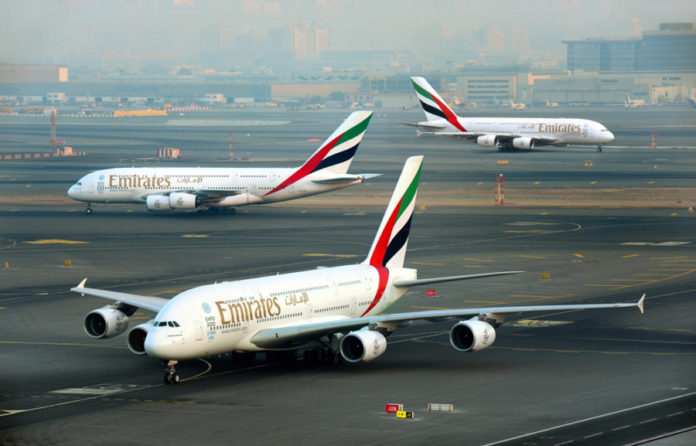 Emirates SkyCargo continues to play an important role in the airline’s business, carrying 2.5 million tonnes of freight in 2017.

The airline says the freight division created new benchmarks in the air cargo industry with specialised transportation for industry verticals, including pharmaceuticals.

Introducing Emirates Pharma has boosted pharmaceutical cargo volumes by 38 per cent, while entering a strategic partnership with Cargolux Airlines International has seen the carriers working closely on a number of operational aspects including enhancing capacity from key markets, optimising networks as well as boosting belly cargo feeder traffic and hub connectivity capabilities.

The two carriers extended the partnership with codeshare agreement in October.

Emirates also entered a partnership including a codeshare agreement with FlyDubai in July, and in October extended its partnership with Qantas until 2023, with proposed network changes to deliver greater frequency and more services to Australia and New Zealand.

Speaking about the airline as a whole, Emirates Airlines president, Sir Tim Clark says the airline has delivered steady growth despite 2017 providing ups and downs.

He says: “We implemented initiatives to boost revenues, trim costs, and used emerging technologies to make our business and operations more agile, without compromising on quality or service. We enter 2018 with optimism, and an unflagging drive to keep raising the bar in terms of customer experience and business performance.”