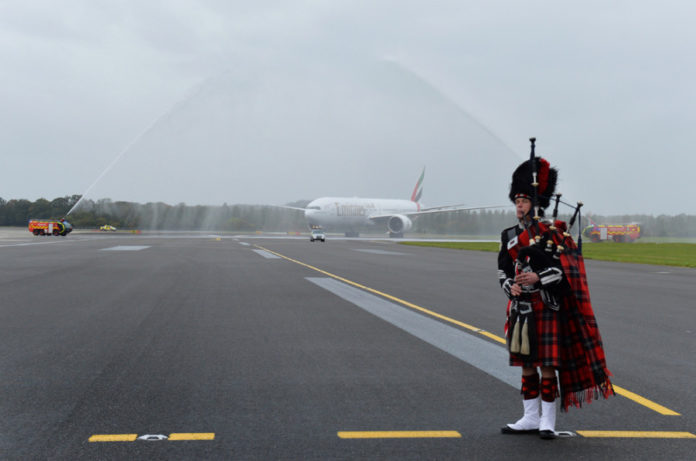 Emirates has touched down in Edinburgh for the first time, with the Boeing 777-300ER landing in the Scottish capital just before 3pm on 1 October.

In addition to providing improved services for business and leisure travellers, Frach says: “The new flight will also directly connect Edinburgh to new opportunities for business, trade and education across our network.”

Dewar says connectivity is very important for the city with the Emirates partnership providing benefits for the whole of Scotland, saying: “We’ve built our success on making Edinburgh where Scotland meets the world and today’s flight see us take a major step on that journey.”

Emirates operates over 120 flights a week from the UK to Dubai with six a day from Heathrow, three a day from Gatwick, two from both Birmingham and Glasgow, and daily services from Newcastle and London Stansted in addition to the Edinburgh flight.