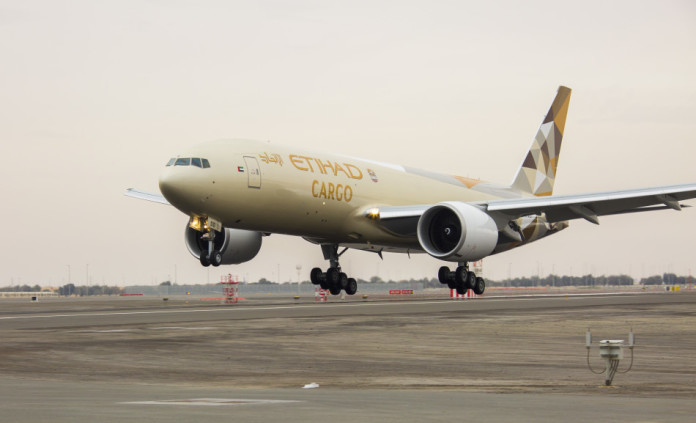 Etihad Cargo has launched its first humanitarian freighter missions to Kazakhstan and India as part of its Year of the Zayed programme.

The specially branded Year of Zayed Boeing 777 Freighter departed Abu Dhabi – first to Almaty in Kazakhstan and then to Hyderabad in India – carrying special provisions to be distributed to those in need during the Holy Month of Ramadan.

The humanitarian missions are taking place throughout the year in collaboration with the Khalifa Foundation, the Red Crescent, and His Highness Sheikh Sultan Bin Khalifa Al Nahyan Humanitarian and Scientific Foundation.

Etihad Airways chief executive officer, Peter Baumgartner says: “We are pleased to have commenced our first Year of Zayed humanitarian operations with our cargo aircraft which is crossing the globe to deliver vital items to help people most in need.

“The humanitarian missions embody the spirit and values of the UAE’s founding father, HH Sheikh Zayed, and we are proud to play a small role in carrying forward his legacy and supporting people in need from around the globe.”

“The late Sheikh Zayed initiated countless philanthropic and charitable endeavors throughout his lifetime. His spirit of altruism and generosity transcended borders, and laid the foundations for the UAE’s ongoing role as a leading provider of international aid.”

He adds: “This worthy initiative upholds his legacy, reflecting one of the central themes of our Year of Zayed campaign which is to reinforce the spirit of solidarity amongst community members through selfless giving, and globally extending a helping hand to all those in need.”