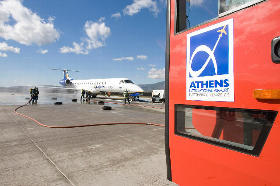 Airfreight traffic across the European airport network grew 3.6 per cent year-on-year (YOY) in 2014, according to Airports Council International (ACI) Europe.

In the European airport body’s full year traffic report, it says there was a similar performance between European Union (EU) and non-EU airports of 3.6 per cent and 3.3 per cent YOY growth, respectively. ACI Europe director general Olivier Jankovec explains that 2014 was, “generally a good year for Europe’s airports”. Growth in airfreight came despite the impact of geopolitical tensions between Ukraine and Russia, and a weak eurozone economy due to the effect of the economic climate in Greece and other countries in the EU.

Looking at the year ahead, Jankovec says that 2015 has started pretty well and while air traffic growth might soften in the coming months, there are no immediate signs of current trends reversing.

The EU economy is forecasted to marginally improve this year, ACI Europe thinks, fuelled by lower oil prices, monetary policy easing and the depreciation of the euro.

Cheaper oil, in particular, is set to help support capacity retention and will possibly lead to some expansion as airlines review their hedging policies.

“However, that impact is likely to be less significant for European airlines due to the appreciation of the US dollar.