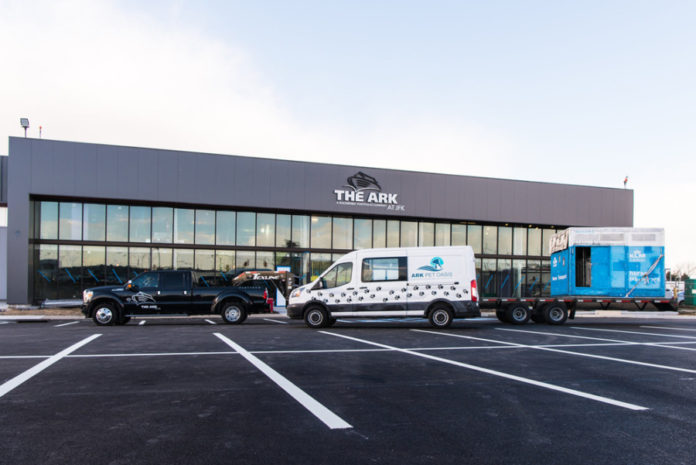 In a bulletin from JFK general manager Michael Moran to the airport community, seen by Air Cargo Week, the PANYNJ “will no longer allow airfield access through JFK Vehicle Entry Guard Posts for horses and their transport vehicles including accompanying equipment and personnel.”

The Port Authority will require movement of horses at JFK through the ARK at JFK Import Export Center located at Building 78A. All horses entering the US through JFK m must be processed through the ARK, a new purpose-built facility established to conveniently provide all types of animal services.

Cuticelli says: “We perceive the Bulletin as a first step by the PANYNJ to resolve the issues identified in our lawsuit, and thus we have discontinued the suit pending the outcome of the Port’s new requirements for equine transport.”

Cuticelli considers that the lawsuit, which was expected to take up to five years before resolution, was a factor in the PANYNJ’s move as outlined in the Bulletin.
He says: “It’s the squeaky wheel that gets the grease.”

This is only a part-solution of the dispute that hung on why the Port Authority has continued to use a third-party animal location away from the airport after undertaking to direct all live animals to the privately-owned facility.

He says: “It’s more of a ceasefire. We are working towards satisfaction. The Port Authority has made inroads into resolving their issues in relation to third-party regulatory bodies.
“The question to be resolved is does the Port Authority have the right to give exclusive rights? They cannot figure it out.”

Cuticelli remains unhappy that this move now means horses will only pass through the ARK and not be quarantined there as initially intended for the facility. Construction work required for this means its services cannot be offered until April 16.

“At the moment we have no horse business, just companion animals going through the facility,” says Cuticelli. “Our chief goal at the ARK at JFK is to create a safer, more efficient process by reducing the need for additional travel and offering superior animal care immediately pre- and post-flight. The ARK provides critical national bio-security measures, compatible with federal requirements, preventing the introduction of foreign animal diseases. The existence of our facility also mitigates potential Border and Airport security risks by impeding the importation of illegal property and preventing dangerous goods in jet stalls and animal transport crates.”

In the Bulletin, the Port Authority says: “This new procedure will allow the Port Authority to maintain good order in its livestock handling operations and continue to provide airside access to the horse shipping community in accordance with federal operator requirements, while remaining cognizant of security and safety concerns.

“The procedure provides continued access to the ARK’s on-site animal services facility, which follow world-class standards for the humane treatment and care of horses transported through JFK.”