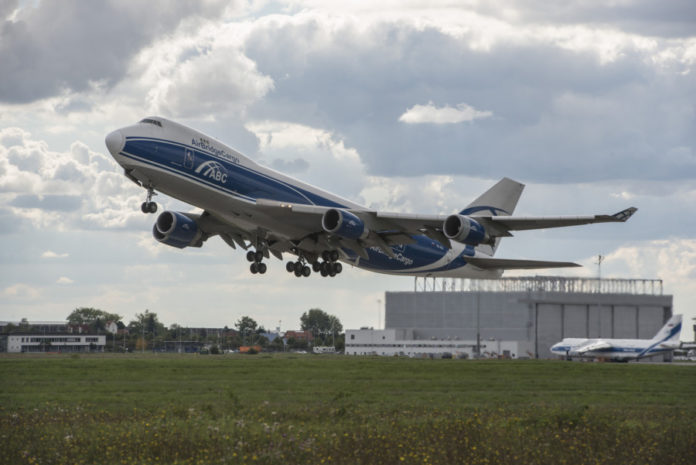 Leipzig/Halle Airport expects tonnage growth to be boosted this year through the even closer links it has forged at the airport between rail and road.

One area it is looking for further business is as a result of handling the Emons freight trains from Hamburg and Bremerhaven, which have been operating on working days since the beginning of 2016.

The airport’s operator is Mitteldeutsche Airport Holding and head of business development for cargo/logistics, Mario Patyk explains to Air Cargo Week: “PortGround, our affiliated company at the airport, processes these [trains] at the freight handling station here at Leipzig/Halle Airport.

“We also believe that there is further highly promising potential in the enhanced marketing and further development of logistics services, which the freight forwarders operating at the airport are already demanding to an increasing degree.”

Each train moves between 700 and 1,500 net tonnes of freight in containers, which are earmarked for onward transportation, or for temporary storage.

Leipzig/Halle is Germany’s second busiest cargo hub by volumes behind Frankfurt Airport, who it is closing fast on and has broken tonnage records for 11 successive years.

The airport is showing no signs of slowing tonnage growth and Patyk explains that freight handling operations are growing for the 12th year in succession.

He explains: “During the first quarter of the year, the airport handled 248,416 tonnes, an increase of 6.3 per cent over the figure for the same period in the previous year.”

Patyk says the volume of freight in March alone was approximately 91,260 tonnes, which is an increase of 8.8 per cent on March 2015 and a record level in the history of the company.

He explains: “Express freight is largely responsible for the ongoing growth – Leipzig/Halle is one of the world’s biggest freight handling centres for this thanks to the involvement of DHL at the airport.

“However, the strong performance of AirBridgeCargo Airlines (pictured at Leipzig/Halle) should also be mentioned; it is contributing to the growth process too.”

Growth is also being driven by freight charter traffic, which is developing fast and Patyk says the aim is to intensify this process even further in future.

He notes: “The main areas of focus here are flights for military operations, outsize cargo, perishables and pharmaceuticals.

“In the light of this, we and the whole sector hope that the Federal Aviation Office will issue permits for charter flights more quickly and make progress with regard to granting rights for new routes.” 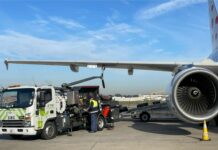