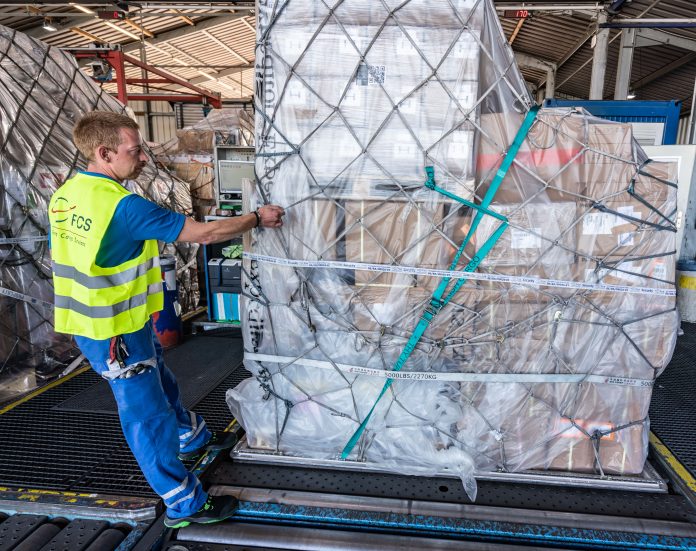 Christoph Cyranek, manager for quality, standards and performance, Frankfurt Cargo Services spoke to ACW about the process of gaining the IATA CEIV and the German facility.

ACW: How long did the CEIV certifications take from the moment FCS decided to go for it?

Cyranek: The certifications took about half a year. The process was launched in the spring of 2020 as part of a wider WFS EMEAA programme. Shortly after the start of the Coronavirus pandemic, it became clear that there would be a significant increase in the transport of refrigerated pharmaceutical products.

FCS had already recognised an upward trend in pharmaceutical products in the years prior. Initial planning and an audit for CEIV certification had therefore already been initiated. With the preparations already underway, both certifications could be introduced quite quickly.

ACW: What problem was acquiring FCS certification trying to solve?

Cyranek: The handling of temperature-controlled pharmaceutical products has been experiencing a significant rise for years. With CEIV and GDP certification, FCS can further strengthen its essential role in the pharmaceutical sector at Frankfurt Airport, which during the Coronavirus pandemic became an especially important pharma logistics hub.

In terms of pharma handling, FCS was able to draw on numerous experience and established processes acquired before the certifications. Necessary investments, such as new cold stores, had already been undertaken, which is why the certifications were a logical step. Likewise, they also officially confirm that pharmaceutical products are handled with quality and safety. Advantages also arise for customers. Important information on the storage and transport of pharmaceutical goods has become easily visible through the certificates. Additionally, customers can easily and quickly overview the quality of FCS’s services and processes, which are clearly defined and regularly audited by neutral bodies.

ACW: How much did it roughly cost to get certified?

Cyranek: The total cost cannot be clearly calculated. On the one hand, several investments had to be made in hardware to get certified. The purchase of new cold stores, for example, is in the five-digit range. A number of seminars, training courses and the organisation of the project also meant that a lot of unquantifiable hours of work went into the certificates. The fee for documents accounted for the smallest share.

ACW: Were staff at the premises keen to acquire certified status?

Cyranek: Absolutely. For the staff already has extensive qualification in the field of pharmaceutical handling. As part of the certifications, the employees were able to further expand their expertise with various training courses, which significantly enhanced their professional careers.

A separate pharmaceutical team was also created, which again received special training. Training programs are an important part of FCS as they keep the company updated on the latest developments. Since GDP and CEIV together cover a wide range of areas, FCS was also able to benefit from the parallel certification in the area of trainings.

ACW: What are the benefits of having both GDP and CEIV certifications?

Cyranek: It is part of the WFS EMEAA plan to strengthen its pharma offer. CEIV certification is related to air freight, while GDP focuses on the entire transport from the manufacturer to the end customer. Both certificates enable FCS to ensure quality and integrity along the entire supply chain of sensitive pharmaceutical products. Differences were mainly in the amount of information to be provided as well as in the different requirements.

GDP actually audited the company here in a more airfreight-independent way from the perspective of the complete transport sector from manufacturers and shippers to the consignee. CEIV went into much more detail in checking all processes and procedures. With both certificates, FCS is thus optimally positioned for further growth in the field of