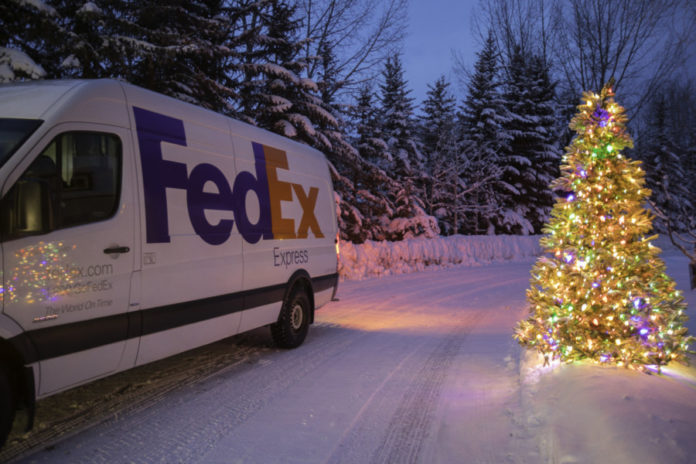 FedEx says it will be a busy Christmas period and notes the rapid growth of e-commerce will drive volume over the 2017 season.

The express freight firm explains it expects to see between 380-400million packages pass through its global network between Black Friday (24 November) to Christmas Eve.

It also predicts three Mondays over the Christmas period to more than double its average daily volume (13 million shipments are normally sent per day, outside of the Christmas season).

FedEx is busy preparing for the Christmas season and says over 300 aircraft movements per week will pass through the main FedEx hub for Europe, Paris Charles de Gaulle (CDG) Airport hub, into and outside Europe and the world over six days a week – on average more than one take off or landing every half-hour.

At CDG, approximately 1,200 tonnes of freight are handled per day – the equivalent of 240 five-ton elephants.

And at the integrator’s Central and Eastern Europe hub in Cologne, 58 weekly flights to/from Europe, the US, and Asia pass through the CGN hub, while globally, more than 400,000 FedEx team members are busy preparing for the peak season.

The FedEx global network, consists of more than 650 aircraft making FedEx the second largest airline in the world in terms of number of aircraft, and more than 150,000 motorised vehicles.