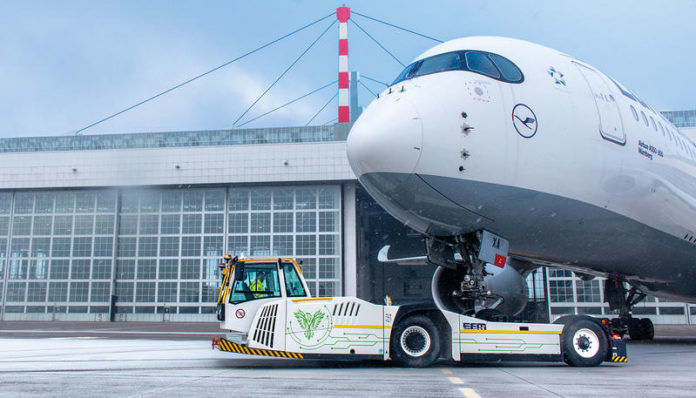 EFM, the company for de-icing and aircraft towing at Munich Airport, is now using an aircraft tow tractor equipped with the latest 700 V lithium-ion battery technology, which can effortlessly tow passenger aircraft up to a take-off weight of 352 tons and also wide-body aircraft.

The flagship of the Memmingen-based manufacturer Goldhofer is named after the mythical miracle bird Phoenix and achieves speeds of up to 32kmph with consistently high tractive power.

If the loading capacity is ever insufficient, “PHOENIX” E is also equipped with a range extender that enables operation with diesel in exceptional cases. Compared to conventional diesel tractors, the maintenance effort is significantly lower.

With the deployment of the all-electric aircraft pushback tug, EFM, a joint subsidiary of Lufthansa and Munich Airport, is making a contribution to Munich Airport’s climate protection goals, which are to be operated in a completely CO2-neutral manner by 2030 at the latest.