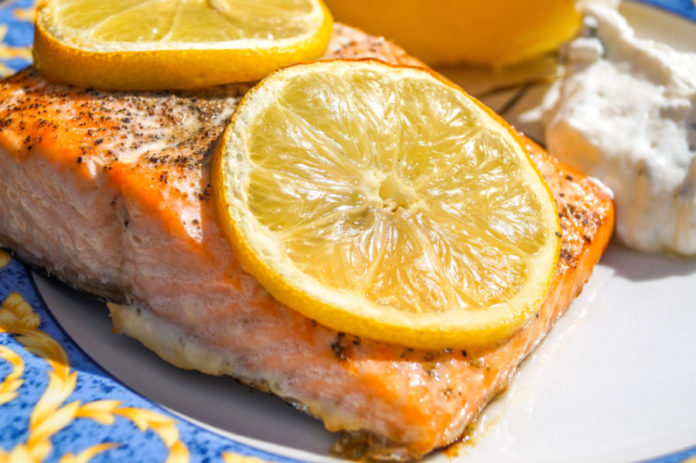 The Salmon Run, the flying of farmed fish from Scandinavia throughout
the world, especially Asia, is the emerging mega route. Salmon now accounts for half of Nordic airfreight volumes, writes Michael Mackey.

Since 2006, it has grown at almost 10 per cent annually, with 600 tonnes of salmon leaving Scandi airports daily.

“We will see growth of 500 per cent in the next thirty years,” says salmon farmer Marine Harvest head of airfreight, Tom Erling Mikkelsen.

Speaking at a conference in Bangkok, the audience fell silent – apart from a few jaws hitting the floor – as the significance of this emerging mega-route sank in.

The EU market contracted by two per cent whilst the US market grew 23 per cent.

Where ever it is going the air cargo industry is grateful. Very.

“Last year was an incredibly successful year for Norwegian seafood exports, which obviously impacted us very favourably. We carry roughly 100 tonnes of salmon per day. 2017 was also a record-breaking year for Finnair too and our revenue grew 13.5 per cent on 2016,” Finnair head of global sales Fredrik Wildtgrube told Air Cargo Week.

The salmon trade though is not a simple drop and shift trade and has required some finesse. Finnair acknowledges it is focusing considerably on the cool supply-chain; that means sensors, data sharing, digital and new facilities.

Finnair’s new flights to Asia are also good indicator as to its priorities as it reconfigures in the wake of the Salmon Run.

This involves Nanjing, its seventh destination in greater China, starting three weekly services in mid-May, whilst Bangkok goes from daily to ten weekly flights. Osaka will go daily in the Winter 2018 schedule.

There are other increased flights to other destinations but the action is in Asia.

There can be no complacency about these routes as Marine Harvest’s Mikkelsen pointed out at the conference.

He argued for a more collaborative approach along the supply chain to move it to the next level – a reference to entering the charter market. What is required though is more both in terms of volumes available and the support offered.

“The present capacity is covering the market needs, however, would like to see more online capacity form Oslo Airport to shorten the lead time,” Mikkelsen told Air Cargo Week.