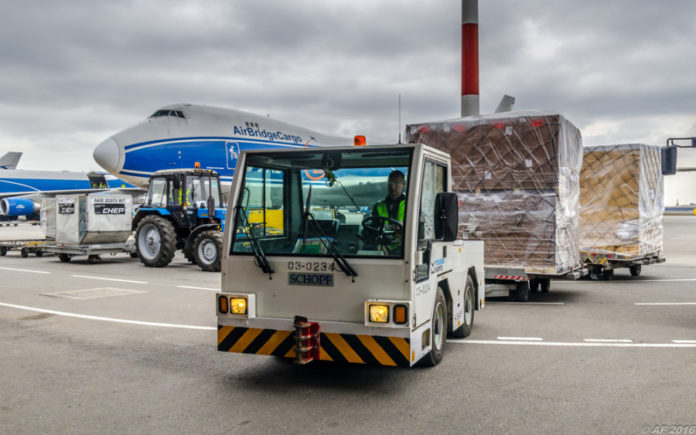 As Russia’s largest cargo airport, Moscow Sheremetyevo International Airport is focusing efforts on improving infrastructure and the quality of service for customers and airlines.

In late 2017, the Moscow Cargo terminal was commissioned, a one-of-a-kind facility in Russia with a total area of 42,300 sq m. It is designed to handle 380,000 tonnes of cargo per year, making it the largest in Russia, the CIS and Eastern Europe.

The airport tells Air Cargo Week: “When designing and constructing the new cargo terminal, Sheremetyevo was guided by the best practices of global industry leaders. Modern warehousing equipment and advanced IT solutions were the primary targets of the investments.”

The terminal is equipped with systems unique to Russia including automated cargo storage and handling systems for warehouse pallets and unit load devices, similar to automated systems employed at other major cargo terminals such as Hactl in Hong Kong, Pactl in Shanghai and the Emirates SkyCargo Mega Terminal in Dubai.

The airport says: “High-tech equipment and production facilities for processing special category cargo allow the efficient handling of all types of cargo without limitation, including radioactive materials, weapons and cartridges.”

Special attention has been paid to premium cargo including time and temperature sensitive products with 26 independent storage areas with individually adjustable temperature conditions, as well as 60 thermal cells in the pallet/container handling system for ULD storage.

The airport says: “The total available storage of the terminal’s cold-stores is 5,820 cubic metres. Next year targets include the GDP regulations compliance validation and CEIV Pharma certification for the refrigeration plant of the Moscow Cargo terminal at Sheremetyevo.”

Describing itself as one of the most dynamic airports in Europe, a third runway is due to open at Sheremetyevo, doubling airfield capacity and being suitable for any type of aircraft to take off and land.

In 2020 and 2021, the Northern terminal complex apron will be expanded by 10 F-class parking lots, as well as infrastructure facilities for partner airlines by Runway 3.

Sheremetyevo is finalising the design documentation of the second stage of the Moscow Cargo complex, scheduled to be commissioned in 2022.

The second stage will increase capacity at the cargo complex to 740,000 tonnes and offer airlines options for temperature sensitive cargo, enhanced capacity for transfer cargo, special facilities for express shipments and fulfilment for specific customer requirements.

This is significantly better than the rest of Russia, which was down 3% on 2018 and global indicators, with IATA predicting growth of no more than 2% this year.

The airport has been developing partnerships and opening new routes. These include servicing flights for Rossiya Airlines, part of the Aeroflot group to Far East destinations including Yuzhno-Sakhalinsk, Vladivostok, Khabarovsk and Petropavlovsk-Kamchatsky.

About 30% of cargo handled by the terminal is transported in freighters and 70% in passenger aircraft. This does not take into account AirBridgeCargo Airlines’ transit cargo.

The airport says: “During January-July 2019, more than 150 thousand tonnes of palletised transfer cargo were handled in Sheremetyevo’s transit warehouse and via tail-to-tail operations. Taking into account these volumes, the ratio will be 60% to 40% for freighters.”

In an average week, between 95 and 100 freighters land at Sheremetyevo. Russia’s Far East is the most popular domestic routes with destinations including Vladivostok, Khabarovsk, Yuzhno-Sakhalinsk and Petropavlovsk-Kamchatsky.

In the CIS demand is stable for Yerevan, Armenia; Almaty and Nur-Sultan in Kazakhstan.

Sheremetyevo has been working very hard to meet its strategic goal of providing customers with services in line with the best global industry standards.

It says: “Over the past few years, we have completely modernised the cargo and passenger infrastructure of the airport, increased production capacity and attracted a number of airlines. We are determined to continue our development and work harder every day to maintain the position as a leading airport in Russia.”

These factors are not enough to make an airport attractive as an international cargo hub, however Sheremetyevo says the Russian air cargo industry must develop and implement common e-freight standards, introduce the one-stop-shop model, facilitate customs clearance procedures and eliminate administrative barriers.

The airport says: “Unless these are resolved, it will be impossible to realise the tremendous transit potential of our country and to efficiently attract international transit cargo.”

Sheremetyevo is helping to overcome these challenges. It says: “Currently, Sheremetyevo’s Moscow Cargo terminal is taking an active part in the development of technologies that are essential for the introduction of the e-freight standard in Russia, as well as in the testing of electronic interaction as part of a joint project with Aeroflot PJSC and Knevichi Airport (Vladivostok). This journey is not a small task, but we are going to make the most of any opportunities that come our way.”