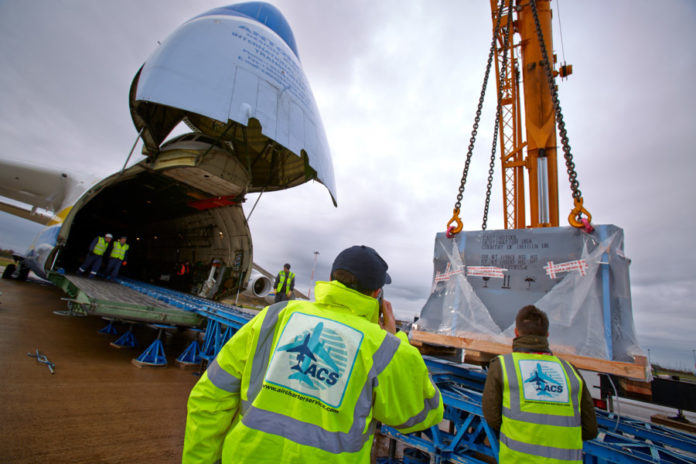 Air Charter Service (ACS) continues to grow strongly and is upbeat about its future prospects in the ever-unpredictable and changeable air charter market.

In 2015, operators like ACS had business boosted in the first quarter by the US West Coast port strikes, while providing help and supplies to the various humanitarian disasters that took place in Nepal and in other crisis-torn countries.

Overall profits were up 60 per cent year-on-year with EBITDA (earnings before interest, taxes, depreciation and amortization) growing from $7.3 million the previous year to $11.7 million.

ACS’s commercial director, Justin Lancaster tells Air Cargo Week (ACW) the business was strong across all divisions including cargo. The company saw a 36 per cent increase in the number of charters and a 35 per cent growth in gross profit last year.

He explains to ACW: “We never know what is going to happen week to week, but at the moment it is really positive across all offices and regions for us.”

Lancaster says ACS is now seeing a return on the investments it made across the company during and since the 2008 recession, and he forecasts a repeat performance in 2016.

He says: “With oil prices and macro economic situation we are positioned well and the market could be strong, but it will be similar to last year and the future is bright. When the oil prices increase then that will help the situation and we will keep making investments in our infrastructure, people and business.”

The global expansion strategy has driven business growth and ACS now has 20 offices after opening at three new locations over the past 12 months, in Geneva, Miami (US) and Sydney (Australia).

Lancaster explains: “We have taken a pump with cargo in some offices that have turned out really well. If we had not expanded our cargo reach into other regions it might be tougher in the downturn.

“We do not have any assets and it is all about the people and building and developing relationships with clients.”

The first quarter (Q1) of this financial year is likely to be down on last year, as the US West coast port strike at the beginning of 2015 buoyed business, and Lancaster is under no illusions of the positive impact it had on ACS in Q1 last year: “The port strike had such as big impact and I cannot see anything that can reach that kind of revenue this year.”

But he is positive as the unpredictable charter market always throws up an opportunity somewhere for operators, which ACS will look to exploit. Lancaster says there is always likely to be some kind of event that air charter brokers can benefit from.

One particularly unpredictable sector is humanitarian relief charters and ACS recently operated charters to Ecuador last month to provide supplies and aid after the South American country was struck by a 7.8-magnitude earthquake, killing and injuring many.

Lancaster says that ACS did quite a few charters into Ecuador for different agencies working with relief efforts, although it was not on the scale of earthquake disasters in January 2010 in Haiti and in April last year in Nepal, which it operated charters to.

He notes that operating charters for humanitarian relief efforts boosts the business and he says ACS is in a position to offer assistance to any non-governmental organisation (NGO) or government.

Lancaster says humanitarian charters are a part of the business ACS is “proud” to be a part of as it feels like it is helping people and areas of the globe that are going through a crisis.

He explains: “It is life and death when you are doing these charters. Profitability wise it does not have much of an impact on the company, but for turnover it does.

“Humanitarian disasters are not something we wish too happen due to their nature and we do not benefit, but you feel like you are doing something worthwhile by putting on charters to provide assistance where they take place.”

Interesting charters over recent months for ACS have been moving more than 17 tonnes of ham to Puerto Rico after someone on the island forgot to put in their usual order. Last month it stopped over 200 designer dresses being more than fashionably late by flying them from Milan to Paris for the Paris Fashion Week.

ACS looks a sure bet for success in the rest of 2016 and is ideally positioned for further growth.