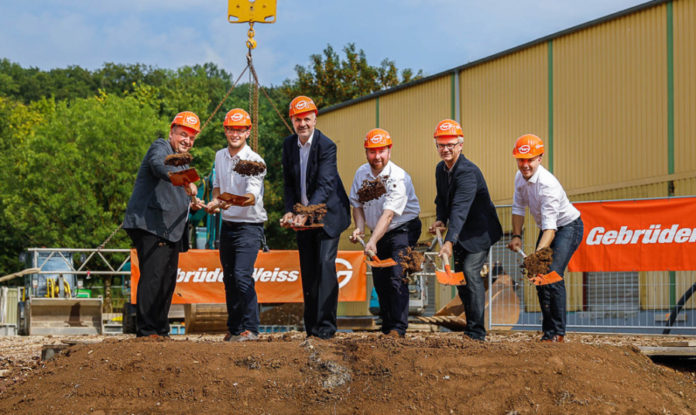 Construction work on the new hall officially started today (2 August), with the logistics complex being expanded from 6,000 square metres to 7,100 square metres.

Three new loading gates will be added, and Gebruder Weiss is investing €1 million in the expansion of the terminal, which is due to be completed by the end of the year.

Gebruder Weiss Esslingen branch manager, Jochen Gonser says Wernau is an “ideal addition” to forwarding activities in the region due to its proximity to the A8 motorway enabling direct connections to the company’s pan-European land transport network.

He says: “By expanding the location, we are responding to the high demand for logistics services in southern Germany and, at the same time, pursuing our strategy of efficiently combining transport logistics with inventory management. Plans are already being made to further expand our activities in the region.”

In Wernau, which Gebruder Weiss has assigned to the Esslingen branch in Baden-Wurttemberg, the company stores automotive sensors, electrical appliances and metal goods, among other things for its customers.

Around 30 people are employed in Wernau, and the plan is to increase the number of staff following the expansion, creating new jobs in the commercial sector.