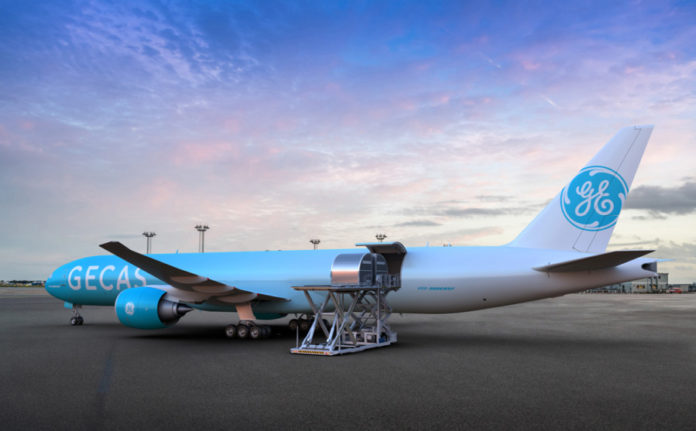 Agreements for “The Big Twin” were signed in July 2019 and a prototype aircraft was provided by GECAS, with the 777-300ERSF Supplemental Type Certificate Development Program being launched.

As launch customer and co-founder, GECAS will commit 15 firm orders and 15 additional options for the 777-300ERSF from its owned portfolio to the programme.

The initial conversion is expected to take place in Tel Aviv with further conversion lines outside of Israel from 2023.

The programme will also see IAI enter into conversion agreements for the 777-300ERSF directly with airlines and lessors around the world.

The 777-300ERSF STC development and prototype conversion is estimated to take over three years from the start of the programme to achieving CAAI/FAA STC approval, with subsequent conversion taking four to five months.

Richard Greener, senior vice president and manager of GECAS Cargo says they are excited to join IAI on the programme, saying: “Their proven experience, knowledge, and unique engineering skill and resources in passenger to freighter conversions — combined with our working relationship with IAI stretching back into the 1990’s —gives us the confidence to co-fund the STC Development and commit to the programme as the launch customer of the B777-300ERSF.”

Yosef Melamed, executive vice president of IAI says: “IAI commends GECAS’ ability to see around corners and work with the IAI Group to build a great aircraft that the market requires. We are delighted GECAS has put such trust in IAI’s abilities and are proud to continue our long-term relationship.”