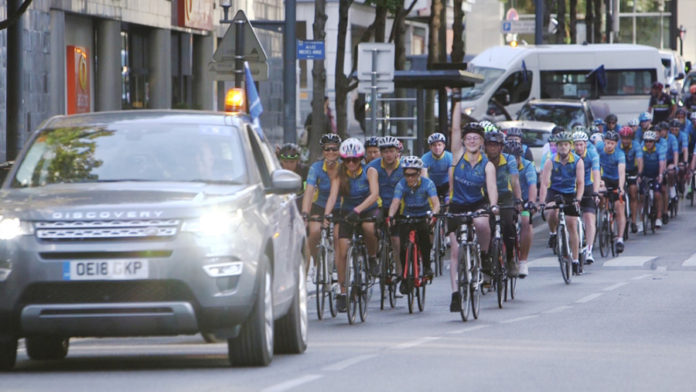 Cyclists from GEFCO UK have raised £36,273 for BBC Children in Need after riding 300 miles from Coventry to Paris in four days.

The amount is expected to increase in the coming weeks as the 47 cyclists arrive back at the GEFCO UK Coventry headquarters and continue to fundraise for BBC Children in Need, which supports projects working to make a difference to disadvantaged children and young people across the UK.

During the event, the team was accompanied by Jaguar Land Rover support vehicles, fitness trainers from Freestyle 360 and representatives from GEFCO UK management as part of the overall support team.

GEFCO UK director of human resources, Helen Grover says: “GEFCO UK is committed to supporting employee wellbeing, encouraging team building, and giving back to the community, and the cycling challenge ticked all the boxes.”

Grover says GEFCO is now on target for beating its fundraising goal of £50,000 for BBC Children in Need, says it could not have been done without the support of partners, sponsors and the local community.

She adds: “We would especially like to thank The Bristol Port Company who generously sponsored the challenge by donating £3,500.”

The cyclists set off from GEFCO UK’s Coventry headquarters at Prologis Park on 7 September, before making stops at Blenheim Palace, Oxfordshire and DJ Chris Evans’ pub, The Mulberry Inn in Surrey, and arriving at GEFCO’s Courbevoie facility in France on 10 September.