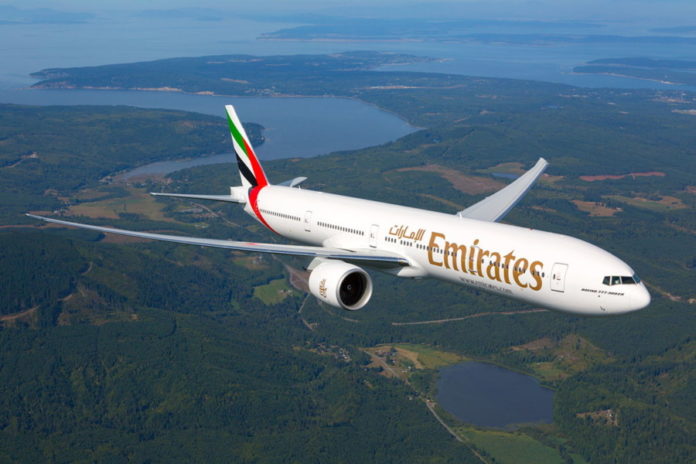 Emirates has announced it is restarting services to Glasgow in the United Kingdom, with 4 weekly flights from August 11 2021. From August 11 to October 30, flights between Dubai and Glasgow will operate four times a week on Emirates’ Boeing 777-200LR, in a two-class configuration, offering premium services in Business Class and Economy Class. Emirates flight EK 27 will depart Dubai on Tuesdays, Wednesdays, Fridays and Sundays at 07:50, arriving at Glasgow International Airport at 12:45hrs the same day. The return flight, EK 28, will depart Glasgow at 14:35, on Tuesdays, Wednesdays, Fridays and Sundays, arriving in Dubai at 01:05 the following day. From September, Emirates will increase its flight frequency to a daily service.

Adnan Kazim, Emirates Chief Commercial Officer said: “Emirates welcomes the decision to add the UAE to the UK’s ‘amber list’ for international travel, reflecting the extensive steps that have been taken to mitigate the spread of the virus in the UK and UAE. Emirates is reviewing our operations to various points in the UK and any service restart will be announced in the usual fashion.”

Mark Johnston, chief operating officer for AGS Airports Ltd, which owns Glasgow Airport, said: “Emirates’ decision to restart the country’s busiest long-haul route is a significant step towards rebuilding Scotland’s vital connectivity and will be welcome news to our passengers. We are in the early stages of the safe restart of international travel, but there remains a long road ahead for aviation in the UK and the thousands of people employed within our industry.”