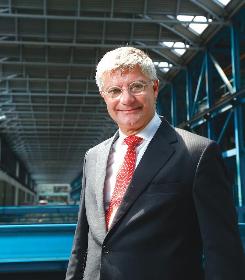 HONG KONG AIR CARGO TERMINALS LIMITED (HACTL) is 13 per cent ahead on volumes for the first five months of this year, compared to the same period in 2013, including the removal of Cathay Pacific’s traffic.

In its first quarter figures, which HACTL published in April, the cargo terminal operator had achieved double-digit growth. Cathay migrated its operations to the Cathay Pacific Cargo Terminal during 2013.The positive trend is due to new business and foreign airlines, according to HACTL chief executive officer, Mark Whitehead. He spoke to Air Cargo Week (ACW) at the sixth Air Cargo China exhibition and conference, saying: “It’s going well through the first five months of 2014. Extracting the Cathay figures, we’re about 13 per cent ahead. We picked up some new business at the start of the year. Otherwise it is natural growth, particularly from Middle Eastern carriers and Cargolux.” Hong Kong Airlines was another carrier Whitehead identified as growing strongly and adding to HACTL’s tonnage. The Hong Kong Airport Authority has announced its new chief executive officer (CEO). Fred Lam Tin-fuk will take over from Stanley Hui Hon-chung from 1 October. Whitehead expects little to change with the new CEO, describing the likely outcome as, “business as usual”. During Tin-fuk’s term of office progress is expected for Hong Kong International Airport’s third runway. Whitehead tells ACW that the runway’s environmental audit has had its first stage review with the Hong Kong government environmental protection department. Whitehead expects a public consultation next and foresaw judicial reviews from Hong Kong residents opposed to the third runway. But he predicts the three runways will be operational from 2023. 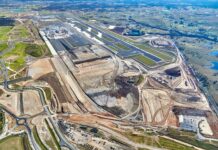